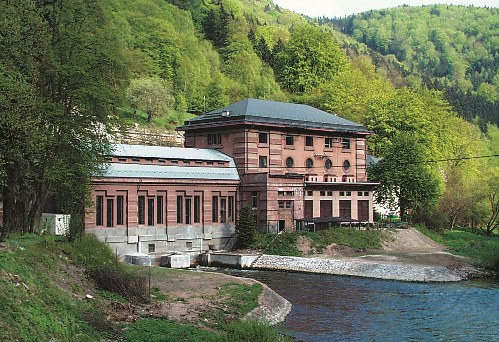 Spalov Hydropower Plant was built on the Jizera river and put into operation in 1921. Water is conveyed from a gate system near Bitouchov weir through a 1.32 km long tunnel and a 0.55 km long covered mountainside canal into an equalizing water basin with machine-cleaned racks, and through a 0.06 km long steel feeder canal into the plant. The generator rooms were fitted with two identical symmetric turbo-generators consisting of horizontal Francis turbines with the installed capacity of 2 MW. In March 1998, Spalov Hydropower Plant underwent comprehensive modernization. During the modernization, the original turbo-generators were replaced by two new TG with vertical Kaplan turbines with the output of 2 x 1.2 MW. The new sets were connected to the 35 kV distribution grid in 1999. 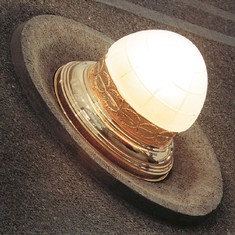 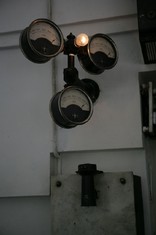 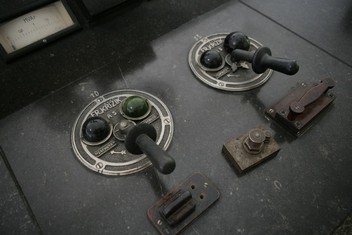 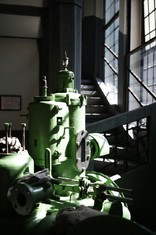 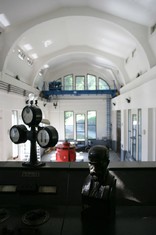 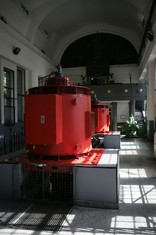 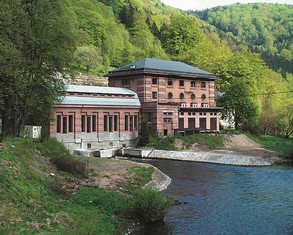 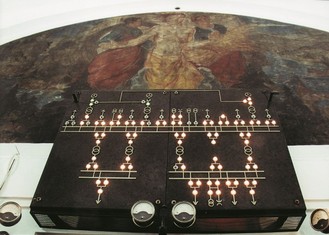 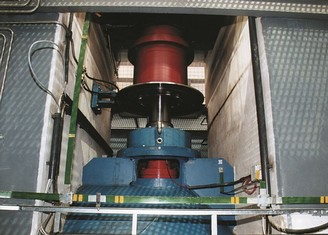 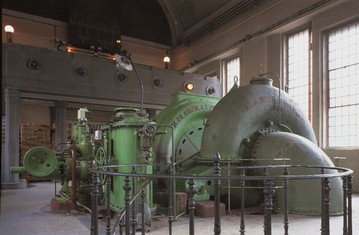 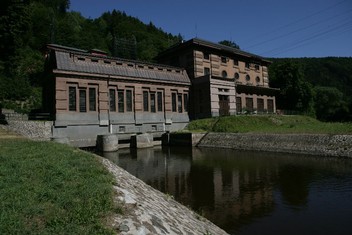 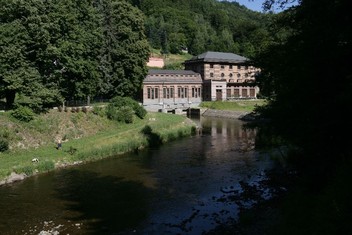 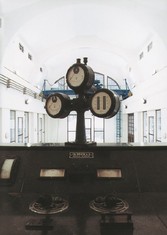