Back
CEZ Group Media Press releases Refueling will start at Temelín. Six fuel assemblies made by Westinghouse Electric Sweden will be tested

Temelín's technicians will load exactly 163 fuel assemblies into the reactor of the shutdown Unit 1. This will include six test fuel assemblies of Westinghouse Electric Sweden. The power plant is going to test them in the upcoming years.

In this way, the fuel made by Westinghouse returns to Southern Bohemian plant after less than ten years. So far, only six fuel assemblies and only for testing. “It does not mean a switching to the US fuel. It is only for testing to verify the fuel's properties and double-sided acquisition of know-how before selection of a supplier for a future contract. We have contracted a volume of fuel till 2023 with the existing manufacturer and the contract allows us to apply an option for further refueling if necessary,” said Bohdan Zronek, member of the Board of Directors of ČEZ and director of the Division of Nuclear Energy.

Although the fuel from Westinghouse will constitute only three percent of the total number of fuel assemblies in the reactor, its loading was preceded by a demanding licensing process. “The absolute priority is, of course, safety. Therefore, the licensing process took nearly three years, over seven tens of technical reports, analyses and assessments have been elaborated, that put together over seven thousand pages," said Jan Kruml, Director of the Temelín NPP.

The six fuel assemblies from Westinghouse Electric Sweden will work in the reactor together with the fuel from the existing Temelín's supplier, the TVEL Company. This company delivers fuel to Temelín from 2010. Last year, the technicians loaded 48 modernized fuel assemblies of the TVEL Company into Unit 2 reactor that supplemented the original type of fuel. According to the manufacturer, the new fuel is mechanically more resistant, the fuel pelts have another design and there are also modifications in the fuel cladding. (In May, Temelín supplemented the fuel stocks - https://www.cez.cz/cs/pro-media/tiskove-zpravy/6413.html)

Outage of the Unit 1 started on March 1. During the two months, the technicians exchanged almost a third of the fuel, examined the safety system and the turbine or will test a new container for spent fuel from a new supplier, Škoda JS. They have over 12 thousand activities including 70 investment actions in the schedule. Together with the suppliers, approximately 1,000 people will take part in the outage works. The start of Unit 2 outage is scheduled for the second half of June. Since the beginning of the year, Temelín has produced 3.97 TWh of electricity. 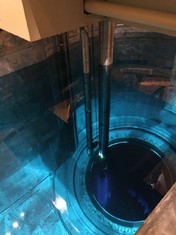 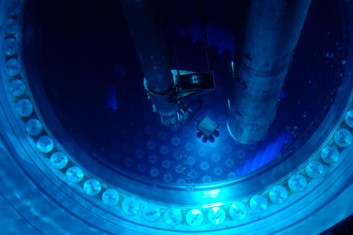 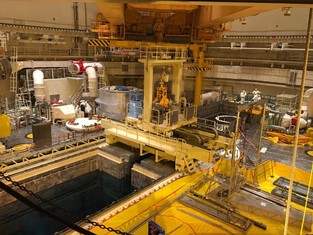 On Friday evening, CEZ shuts down Temelín's Unit 2 as scheduled. The reasons are the equipment inspections and refuelling