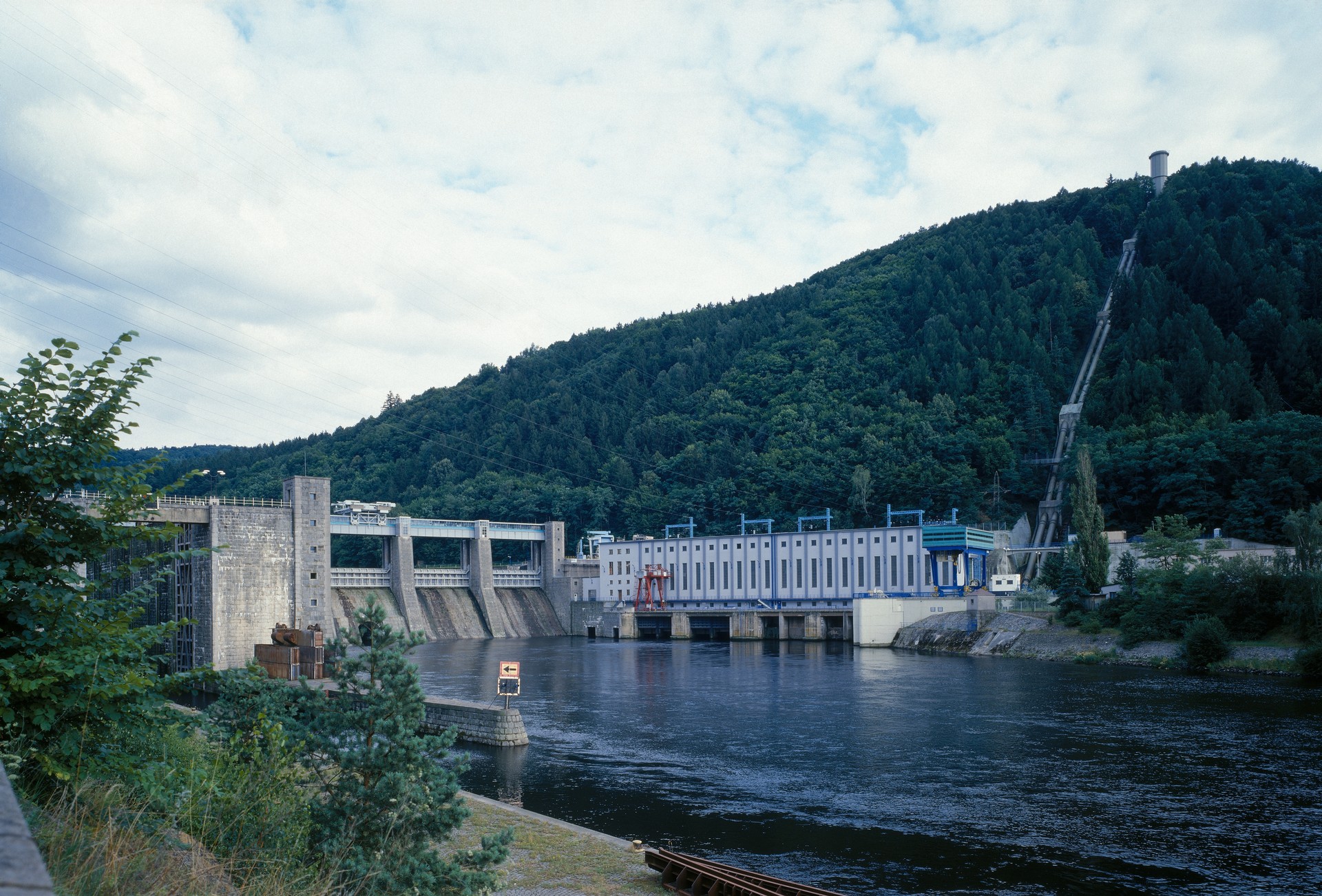 Hydroelectric power plants produce a significant proportion of the renewable energies that CEZ generates. Energy production from hydropower is interesting for the company for various reasons, in particular from an energy management and ecological point of view: Depending on consumption, energy generation can be regulated flexibly and sufficient energy is available at peak times. Pumped storage plants also enable the efficient use of electricity generated by less flexible energy sources in times of low consumption. 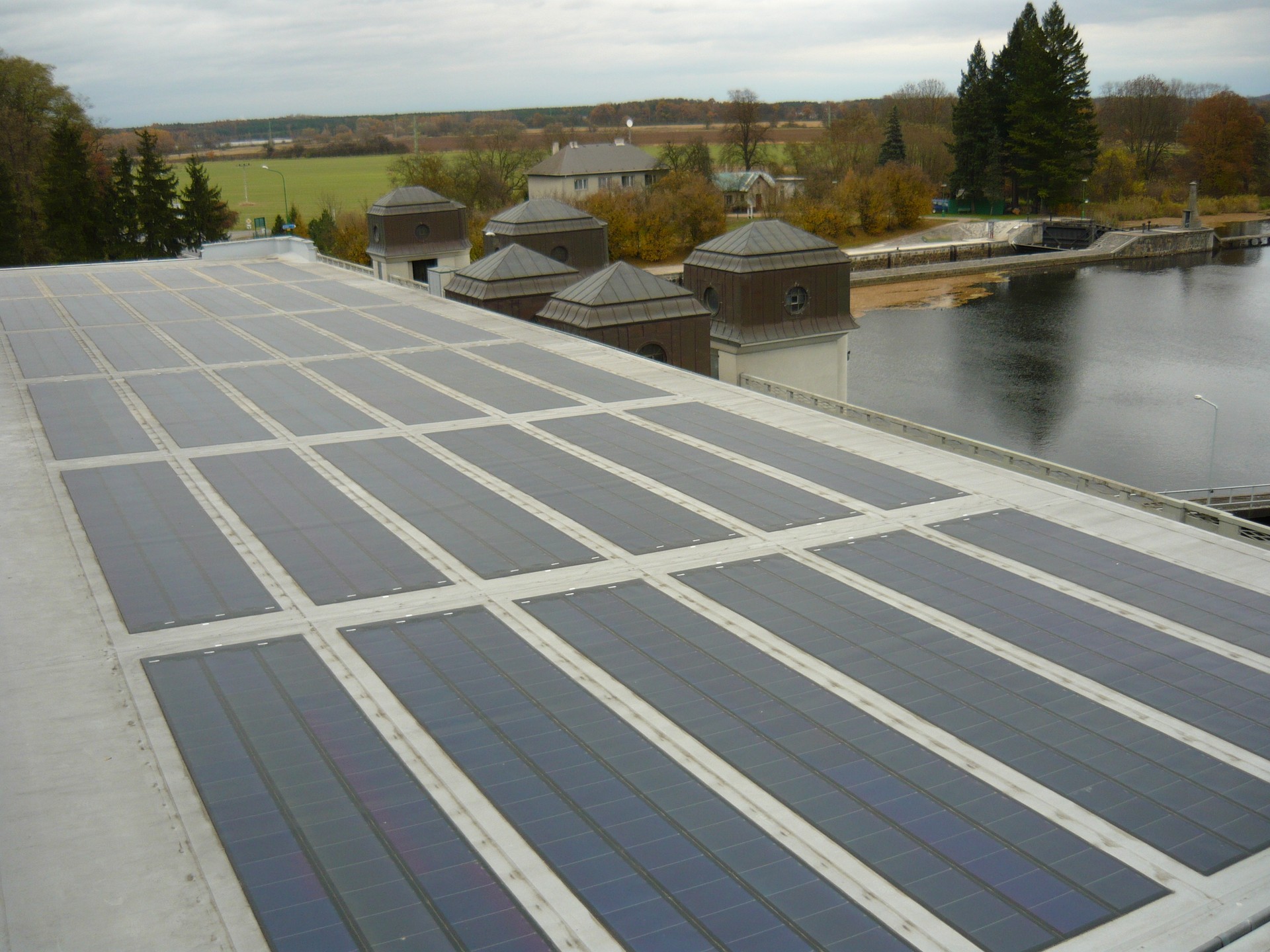 There is practically no limit to the amount of solar energy available, electricity is generated in a way that protects the climate, and the solar systems are quickly and easily installed and connected to the grid.

CEZ currently operates 13 power plants with a total installed capacity of 130 MW in the Czech Republic and Bulgaria.

Biomass plants can generate electricity according to demand, deliver energy in times of high demand and in particular compensate for fluctuations on the electricity markets and in the grids. 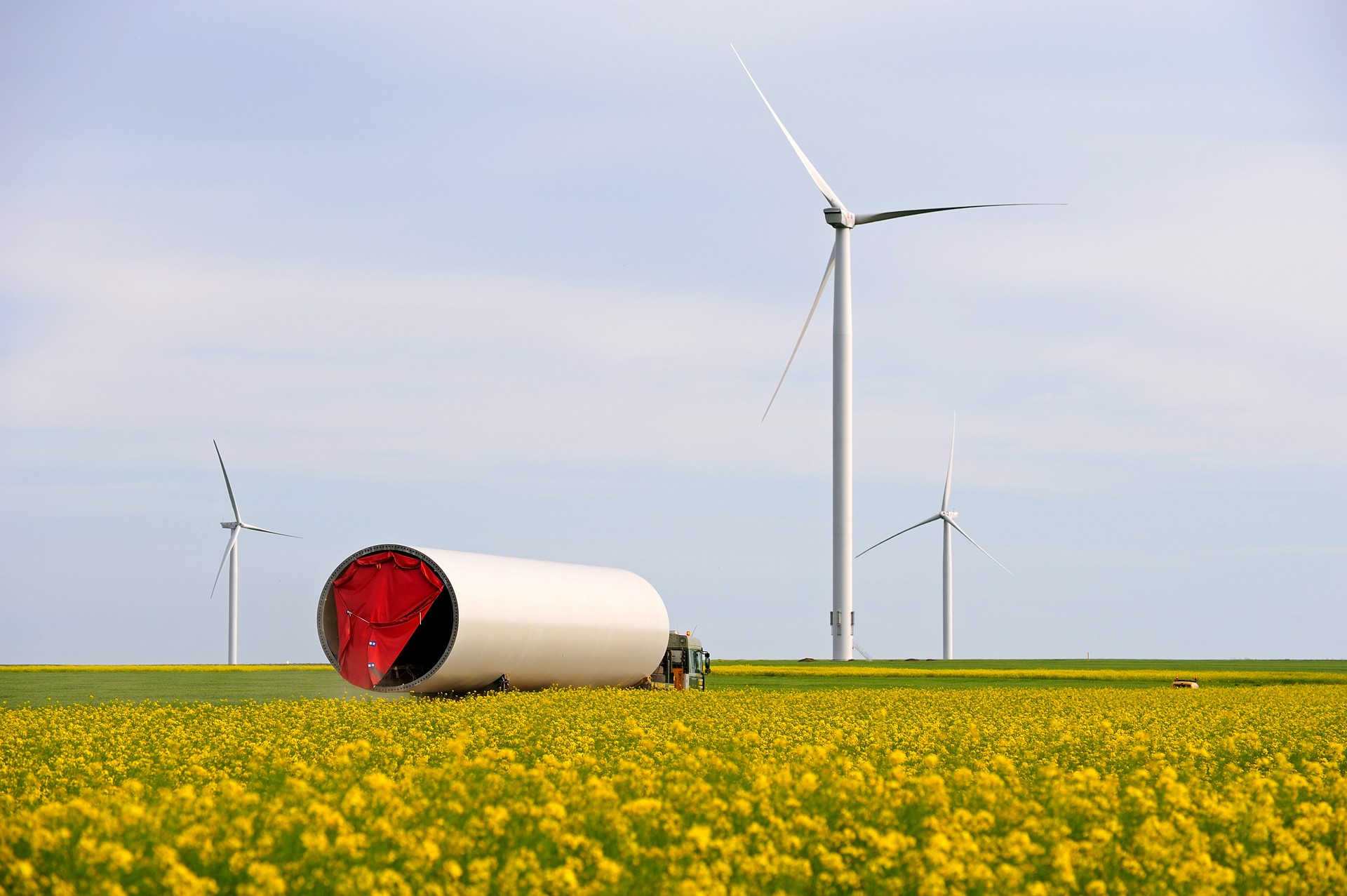 Onshore wind energy is the driving force of renewable energies, which is becoming increasingly important for the future. Wind is permanently available in suitable places, the actually used area by wind turbines is small and the investment costs decrease steadily. CEZ has 14 wind farms with a total installed capacity of almost 720 MW.

The largest onshore wind farm in Europe is operated by CEZ in Fântânele-Cogealac in Romania. The wind farm extends over an area of ​​7,200 hectares and comprises 240 wind turbines of the type GE 2.5XL with a total installed capacity of 600 MW. The innovative wind turbines are 100 meters high and have a rotor diameter of 99 meters. They supply electricity to more than one million Romanian households every year.

The CEZ Group currently has 10 wind farms in Germany with a total installed capacity of just under 135 MW. In 2016 CEZ acquired a total of 39 wind turbines (20 × Enercon, 8 × GE, 5 × Nordex, 4 × Senvion and 2 × Vestas), most of which are located in Rhineland-Palatinate, Mecklenburg-Western Pomerania, Brandenburg, Saxony-Anhalt, Saxony and Hessen are located. CEZ recently expanded its portfolio by purchasing another 14 GE wind turbines.

The wind turbines generated more than 285 million kWh of environmentally friendly electricity in the 2019 and were able to meet the annual requirements of 90,000 German households.

CEZ is currently concentrating on its role as a reliable partner and co-developer for projects in various development phases. With its qualified employees and many years of experience, CEZ is always prepared for tenders for wind energy projects.

In December 2018, the CEZ Group acquired wind turbine projects in Germany with a total installed capacity of 190 MW. In April 2019, the CEZ Group acquired further projects with a total installed capacity of over 110 MW. This was done in cooperation with well-known German investors. Most of these projects will participate in writing in the German auction system, especially in the period 2020 to 2022.

June 2017: As part of an acquisition of 9 wind farms from the renowned project development company ABO Wind, CEZ Group launched its entry into the French renewable energy market. The sites in 6 regions of France are at an advanced stage of development. Capacities of up to 101 MW installed capacity can be built and connected to the grid within the next 5 years.

January 2019: The CEZ Group has acquired onshore wind projects in France with a total potential output of up to 119 MW. CEZ France SAS has acquired the power plants at advanced stages of development from ABO Wind, a respected developer of renewable energies. ABO Wind secured a guaranteed feed-in tariff over a period of 15 years. In France, the CEZ Group is currently preparing to build wind turbines with a total installed capacity of 225 MW. 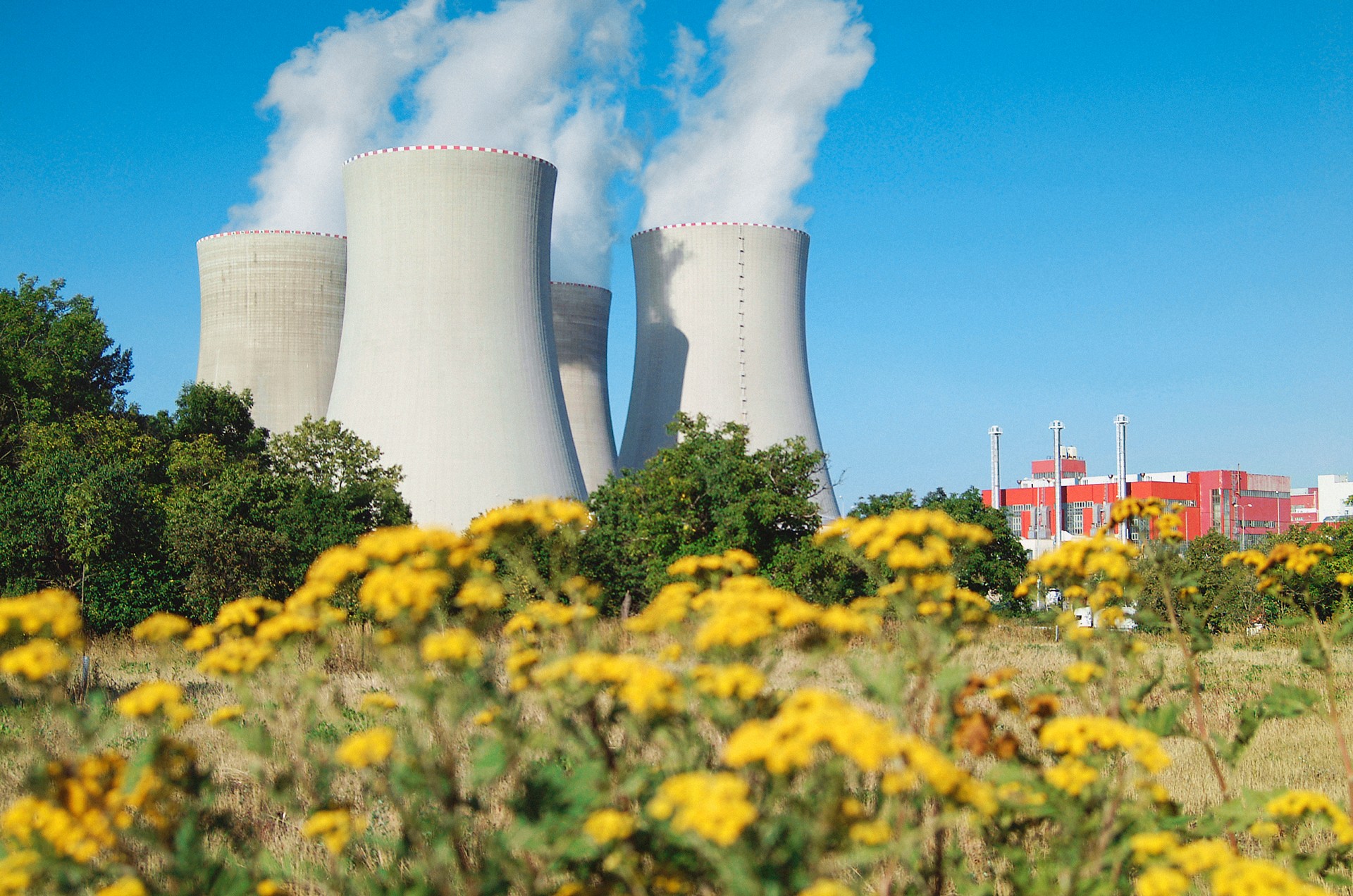 The peaceful use of nuclear energy has become a natural part of the energy mix in a number of developed countries across the world. The Czech Republic is among them. Regardless of the type of reactor chosen, nuclear power plants have a major impact on economic development in the future. In the global context, there is no better energy source that meets the growing energy demand without contributing to environmental degradation.

Both nuclear plants had passed a series of stress tests, demostrating their resistance to extreme natural influences and the capacity to withstand even very grave situations without threatening their surrounding areas. Based on the experience and lessons of the Fukushima nuclear power plant accident, certain requirements were identified for further increasing the resistance of nuclear power plants, particularly in conjunction with extreme natural phenomena. These requirements have been gradually implemented. Nevertheless, we will continue to improve the plants because safety has always been, and always will be, our first priority.

The safety of the nuclear power plant´s is achieved by the design safety and the power plant’s operational culture level, which includes qualified personnel, quality documentation, use of operating experience, technical control, protection against radiation, fire safety, etc. 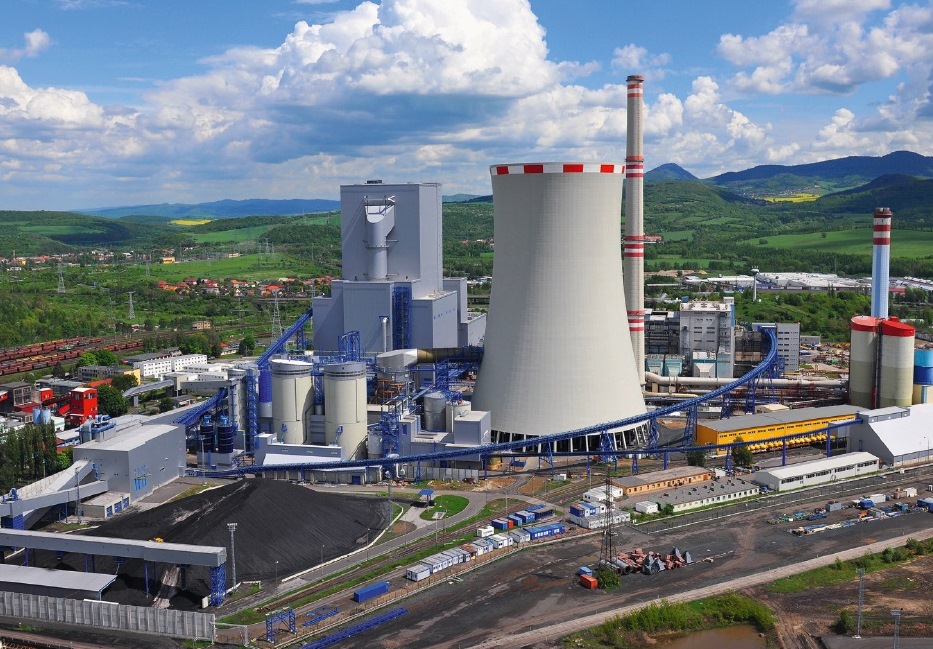 A diversified portfolio of power plants (renewable energy sources, gas and steam combined cycle power plants, nuclear and coal power) enables a quick operational response to the needs in the electricity market, which means that CEZ can offer customers reliable and demand-oriented services.

The long-term goal of CEZ is to generate electricity neutral to carbon by 2050. In the near future, coal combustion will take on the role of a stabilizing element of the energy system. Renewable energy sources and decentralized production will play the most important role in this system.

With its goals, CEZ is following the decisions of the United Nations Climate Change Conference in Paris (COP 21) to reduce CO2 emissions by 46% by 2020 compared to 2001.

The energy sector will experience strong decentralization in the future, which is largely based on renewable sources. In the medium term, however, there is a strong need for a smooth transition. In order to guarantee security of supply, a considerable part of the conventional power plants is also required. CEZ is certain that electricity generation from coal will be dispensed with in the future, but the lignite-fired power plants will have to remain in operation as a bridge technology for the time being.

To live up to the promise of CO2 reduction, CEZ plans to decommission older lignite-fired power plants in the coming years, but by 2025 at the latest. This will lead to a reduction in CO2 emissions of around 40 percent, while 70 percent of energy generation can be maintained. By 2040 and 2050, the recently modernized power plants in Tušimice, Prunéřov and Ledvice and the heat generation systems will continue to be operated with the greatest possible efficiency.

Within the Czech lignite division, CEZ is gradually reducing the carbon intensity significantly, in line with the Czech energy strategy.

The Czech energy strategy defines the plan for phasing out lignite. In addition to the current mining operations, this also includes the lifespan of existing power plants and their remaining term. No new lignite-fired power plants are planned in the national energy strategy. This is the result of discussions with all important interest groups and forms a solid basis for long-term investment decisions, answers to social questions and environmental measures.

The eleven conventional power plants in the Czech Republic are located in the immediate vicinity of the coalfields in the north and northwest of Bohemia. CEZ receives almost all fuels from Severočeské doly in Northern Bohemia, which belongs to the CEZ Group. To minimize the negative effects of coal production on the environment and the population, CEZ invests in dust and noise protection. In many coal-fired power plants, biomass is also burned together with coal. For CEZ, responsible brown coal open-cast mining goes hand in hand with the recultivation of decommissioned open-cast mines. CEZ relies on its many years of experience.

CEZ is responsible for the preparation and implementation of the new and highly efficient Ledvice power plant and plans to connect a block with an efficiency of 42.5% and 660 MW to the grid.