The safety of the nuclear power plant is achieved by the design safety and the power plant’s operational culture level, which includes qualified personnel, quality documentation, use of operating experience, technical control, protection against radiation, fire safety, etc.

Nuclear power plant equipped with VVER 440/213 reactors have some important design advantages. For example, the pressure vessel of the reactor and the primary circuit piping include a very small content of cobalt. This results in a lower activation of material and a lower irradiation of personnel. Strong feedback during output operation of the reactor ensures the reactor stability without xenon oscillations.

Safe operation of the power plant is ensured by six shifts of the same standard. The control shift personnel – operators in the unit control room – consists of seven shifts. The seventh shift is formed due to the high demands that are made on periodic training of the control personnel. The highest shift chief of the entire nuclear power plant is the shift engineer. Each of the four reactor units is controlled from the independent unit control room. The attendance of the unit control room includes the reactor unit chief, primary part operator and the secondary part operator. 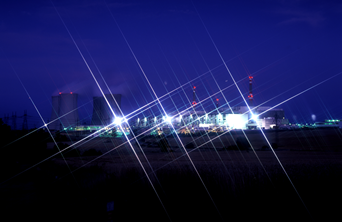 The requirements of our supervising bodies and recommendations from the Atomic Energy International Agency develop permanent pressure on continuously increasing nuclear safety in power plants until termination of their operation. An example of the already realised actions leading to increased nuclear safety includes fire-suppression spraying of cables, installation of the new public warning systems in case of emergency, formation of the crisis centre, elaboration of new regulations for liquidation of crash conditions or replacement of the electric power supply of the 1st category equipment.

The basic precondition of power plant safety is the continuous removal of heat generated in the reactor core. The safety systems of the Dukovany Nuclear Power Plant consist of high- and low-pressure emergency pumps, sprinkler system pumps, reservoirs with boric acid solution, heat exchangers, pressurised-water containers, pipelines, fittings, barbotage (condensing) troughs, barbotage towers and gas tanks. In case of accidents connected with the leakage of cooling water from the primary circuit, the pressure of the primary circuit cooling water would be reduced while the steam pressure in the hermetic boxes would simultaneously be increased. Depending on the kind of accident and leakage extent, the security systems would pump cooling water under and over the reactor core and sprinkle the hermetic boxes. In case of disruption of the main circulation piping, the pressure of steam generated in hermetic boxes is increased to such a level that part of the steam would flow into the barbotage (condensing) troughs where it would condense. Despite the fact that the occurrence of such an event is highly improbable, these facilities are doubled or tripled, and dimensioned in such an extent that even in case of an accident of this kind, the leakage of radioactive substances into the environment would be reduced to a minimum.

The actual programme for increasing the safety of the Dukovany Nuclear Power Plant is included in the newly outlined Harmonisation Programme. This programme is not only focused on questions connected with the power plant project change and replacement of some equipment, but also covers other fields that can affect the safety of the power plant. The highest importance or contribution to increasing safety need not be, as generally assumed, improvement of the facilities. A higher level of safety can be achieved by improving the safety culture as well. The Dukovany Nuclear Power Plant’s target is to achieve, by implementation of the Harmonisation Programme, a reduction of the reactor core damage probability coefficient from the present value of 1.7*10-5 to the value of 7.7*10-6 in the year 2010 (this value means that an event causing fuel damage in the reactor core can occur probably once in a period of 130,000 years). This value has been recommended for newly built power plants by the Atomic Energy International Agency.