Back
CEZ Group Media Press releases ČEZ Continues to Build Public Fast-Charging Stations for Electric Cars. A Part of the Network Built is Financed by a European Grant.

ČEZ Continues to Build Public Fast-Charging Stations for Electric Cars. A Part of the Network Built is Financed by a European Grant.

Prague, 3 October 2017 – It is than ever easier to quickly recharge your electric car while travelling across the Czech Republic or abroad. CEZ Group’s Electromobility Project, which operates the largest national network of public charging stations, has yesterday launched three ABB fast-charging stations at a charging point in Vestec at Prague’s highway ring. The company has also presented its vision of how the charging infrastructure development should continue. The infrastructure construction is co-financed by a European grant from the Connecting Europe Facility (CEF). 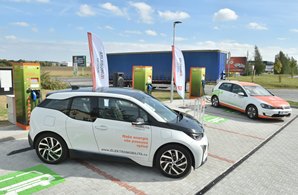 The possibility to quickly recharge your electric car, while travelling across the Czech Republic, by-passing Prague on the highway ring, has yesterday become a reality. Drivers do not need to go any further in the city and lose their precious time when they travel, for example, between the northwest region of the country and Moravia. CEZ Group’s Electromobility Project, which operates the largest national network of public charging stations for electric cars, has launched three ABB public fast-charging stations at a charging point in Vestec near Prague. This charging point forms a part of the development of fast-charging stations co-financed by a grant from the CEF, through which the European Commission supports the interconnection of Europe by building charging points along the TEN-T system of trans-European main roads.

As part of ČEZ’s project “EV Fast Charging Backbone Network Central Europe”, over 40 fast-charging stations will be built by the end of 2018, which will allow most electric cars to charge 80% of their battery capacity within 20-30 minutes. Apart from using funds from subsidies, ČEZ also invests its own capital to build the charging infrastructure. Additional fast-charging stations should soon be opened to the public at the D1 highway before Brno, in Liberec, Olomouc, Valašské Meziříčí etc.

“A robust network of fast-charging stations capable of serving electric cars of all brands and compliant with the most widespread charging standards is a crucial precondition to facilitate time-competitive travel between cities. The European grant from the CEF facility for the Transport sector helps us to significantly speed up the construction of charging stations like these,” says Kamil Čermák, Chief Executive Officer of ČEZ ESCO.

“We are glad that it is the ABB stations that have become a part of this new charging point for electric cars in the Czech Republic, and we believe that they will prove their technical quality and high reliability,” said Tanja Vainio, Managing Director of ABB in Czech Republic.

CEZ Group’s Electromobility Project currently operates the most extensive network of public charging stations for electric cars in the Czech Republic, offering drivers some 75 stations, of which 30 are fast-charging stations. More details can be found at http://www.elektromobilita.cz/cs/mapa-dobijecich-stanic.html. When using any station within the entire network of charging stations, before starting the charging procedure ČEZ clients just need to identify themselves with a unique RFID card. Soon, an option is going to be added for other clients to make one-off payments.

CEZ Group’s Electromobility Project operates fast-charging stations supplied by ABB Czech Republic. Their standard configuration includes DC connectors compliant with the CHAdeMO and the CCS charging standards, which allow for charging at up to a 50kW power output. They also facilitate AC charging through a plug compliant with the Mennekes standard, the charging output of which can reach 22kW. Charging using the DC connectors makes it possible to recharge 80% of the battery capacity in less than half an hour.

The ABB stations are normally connected to a platform that operates like a cloud, which allows for real-time monitoring and remote diagnostics, including energy consumption for each of them and the calculation of statistics for a certain period. These functions are handled by the Drive Care and Charger Care applications. It is the combination with an integrated predictive maintenance application running on the Microsoft Azure platform that enables the system to respond proactively before a potential defect affects the quality of service. Charging station reliability is absolutely key for e-mobility.

Approximately 1,500 electric cars are presently registered in the Czech Republic. Similarly as in other developed European countries,electric cars are becoming an ordinary part of the urban traffic in the Czech Republic as well. This is reflected in all areas relating to the sale and servicing of electric cars. Future development forecasts indicate that, within several years, the yearly quantity of electric cars and plug-in hybrid cars sold will be in the order of thousands. A gradual removal of the biggest barriers (limited range of electric cars offered, their high price, low density of the charging infrastructure and low customer experience) combined with supportive measures (free access to city centers, parking zones, permission to drive in lanes dedicated to buses etc.) should quickly bring the sales to 20 percent of the total quantity of cars and light utility vehicles sold in the Czech Republic. 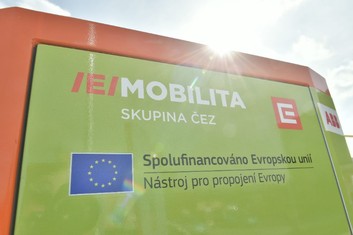 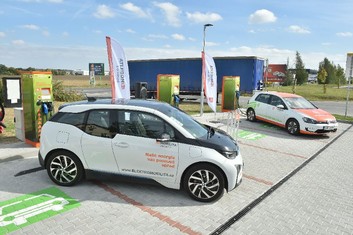 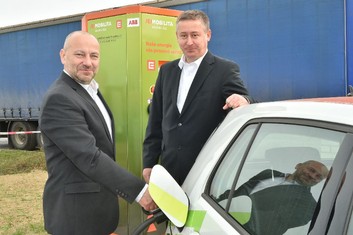 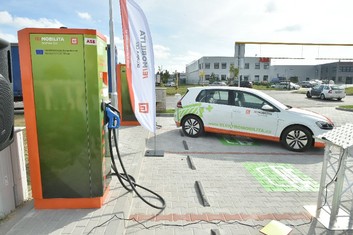 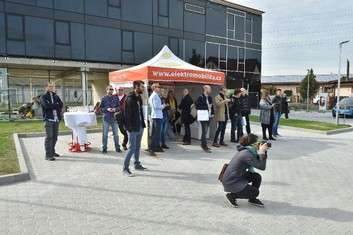 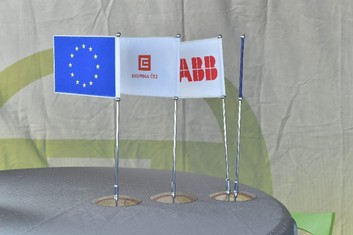