Back
CEZ Group Media Press releases CEZ Group’s profits for the first half of the year have reached CZK 14.7 billion, which is a 9% increase year-on-year

CEZ Group’s profits for the first half of the year have reached CZK 14.7 billion, which is a 9% increase year-on-year

CEZ Group’s net profits for the first half of the year have reached CZK 14.7 billion, which is an increase by 1.3 billion year-on-year. Operating profit before write-offs (EBITDA) grew by 11% to CZK 38.7 billion. The increase in profit is mainly caused by the growth of realization prices of generated electricity in the Czech Republic due to multi-year pre-sales on wholesale markets in Germany and additional profits from commodity trading. The COVID-19 pandemic has had a limited effect on CEZ Group, less than CZK 3 billion.

“Results for the first half of the year confirm that CEZ Group is a stable entity capable of providing its shareholders, business partners and suppliers with certainty even in times of economic downturn. The COVID-19 pandemic has been affecting CEZ Group less than we expected in May. We expect that the negative effect on our whole-year profits will be less than CZK 3 billion. On the other hand, we have been successful in increasing profits from trading with commodities and limiting fixed costs. Therefore, we are slightly increasing our expected operating profits before depreciation (EBITDA) for the current year to the level from CZK 62 to 64 billion.  In the first half of the year, we completed capital projects amounting to CZK 12.2 billion, which is a 5% increase year-on-year. The majority of investments were directed to the Czech distribution grid,” said Daniel Beneš, the Chairman of the Board of Directors and Chief Executive Officer of ČEZ.

Operating revenues reached CZK 106.3 billion, increasing year-on-year by CZK 6.2 billion, i.e. by 6%. Generation of electricity from traditional facilities decreased by 8% year-on-year, mainly due to the increase in prices of emission allowances and decrease in prices of electricity resulting from the COVID-19 pandemic and timing of outages of electricity generation facilities. The year-on-year decrease in electricity generation has also been intensified by suppression of soon-to-be-closed coal-fired power plants, especially by the closure of the Prunéřov 1 Power Plant Over the last 5 years, CEZ Group has decreased its carbon footprint by 24%. This year, expected average emissions of CO2 for the electricity generated by the entire Group are already lower than specific emissions of new CCGT plants. Generation of electricity using new-energy facilities has grown by 5%, particularly due to better weather conditions in Germany and Romania.

“We increase the expected whole-year net profits adjusted by extraordinary transactions to the level from CZK 21 to 23 billion. The increase compared to the previous outlook (CZK 19 to 22 billion) results from additional profits from trading with commodities, lower negative effect of COVID-19, and we also expect additional revenue of CZK 1.5 billion due to a court decision in a litigation where ČEZ claims default interest in relation to the refund of a part of portion of gift tax on emission allowances in 2011 and 2012. CEZ Group maintains a strong liquidity position and a reasonable level of debt. The indicator of debt / EBITDA has achieved the value of 2.4,” said Martin Novák, a member of the Board of Directors and Head of the Finance Division.

“This year, a significant shift has been made in the preparation of a new nuclear facility. Everything culminated in July when contracts on framework conditions of construction of a new facility in Dukovany were concluded by the Government of the Czech Republic, ČEZ and the Dukovany II Power Plant.  Both the framework contract and the implementation contract for the first stage provide ČEZ with certainty needed for further preparation of the project.  As the next step, ČEZ will prepare the procedure to select a contractor, attempting to begin the process before the end of the year. The selection of the contractor is expected to be carried out before the end of 2022,” summarized Pavel Cyrani, Vice-Chairman of the Board of Directors and Head of the Strategy and Business Division.

CEZ Group earned CZK 14.2 billion in the first quarter, a year-on-year increase by 43%.

Proposal of dividend from profit of 2019: CZK 34 per share 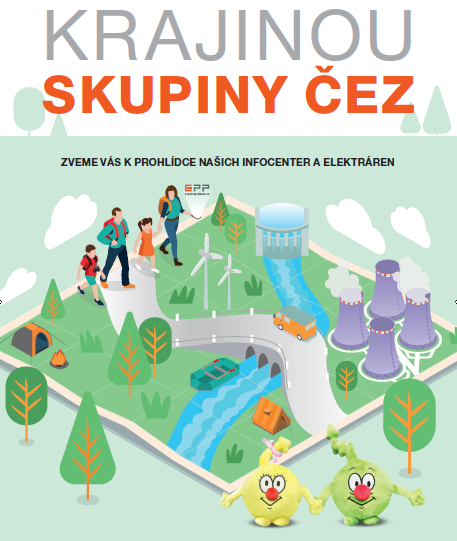