CEZ Group, whose headquarters is located on Prague's Rainbow (Duhová) Street, has signed a memorandum of the Pride Business Forum initiative, in which it commits to implementing the principles of LGBT+ diversity while creating a friendly and open work environment for all regardless of sexual orientation and gender identity. The company is planning, for example, meetings between employees and representatives of the LGBT+ community, as well as training aimed at eliminating various prejudices. At the beginning of this year, CEZ Group adopted a new diversity and inclusion policy. One of the first practical steps towards a more diverse and inclusive working environment was to adjust the rights of registered partners to the level of married couples.

By signing the Pride Business Forum memorandum, CEZ Group is openly declaring its active support of LGBT+ issues not only internally as part of employee care, but also on a company-wide level. The public pledge includes, for example, developing a company culture and safe environment that enables open discussion with regard to fair treatment of LGBT+ employees. 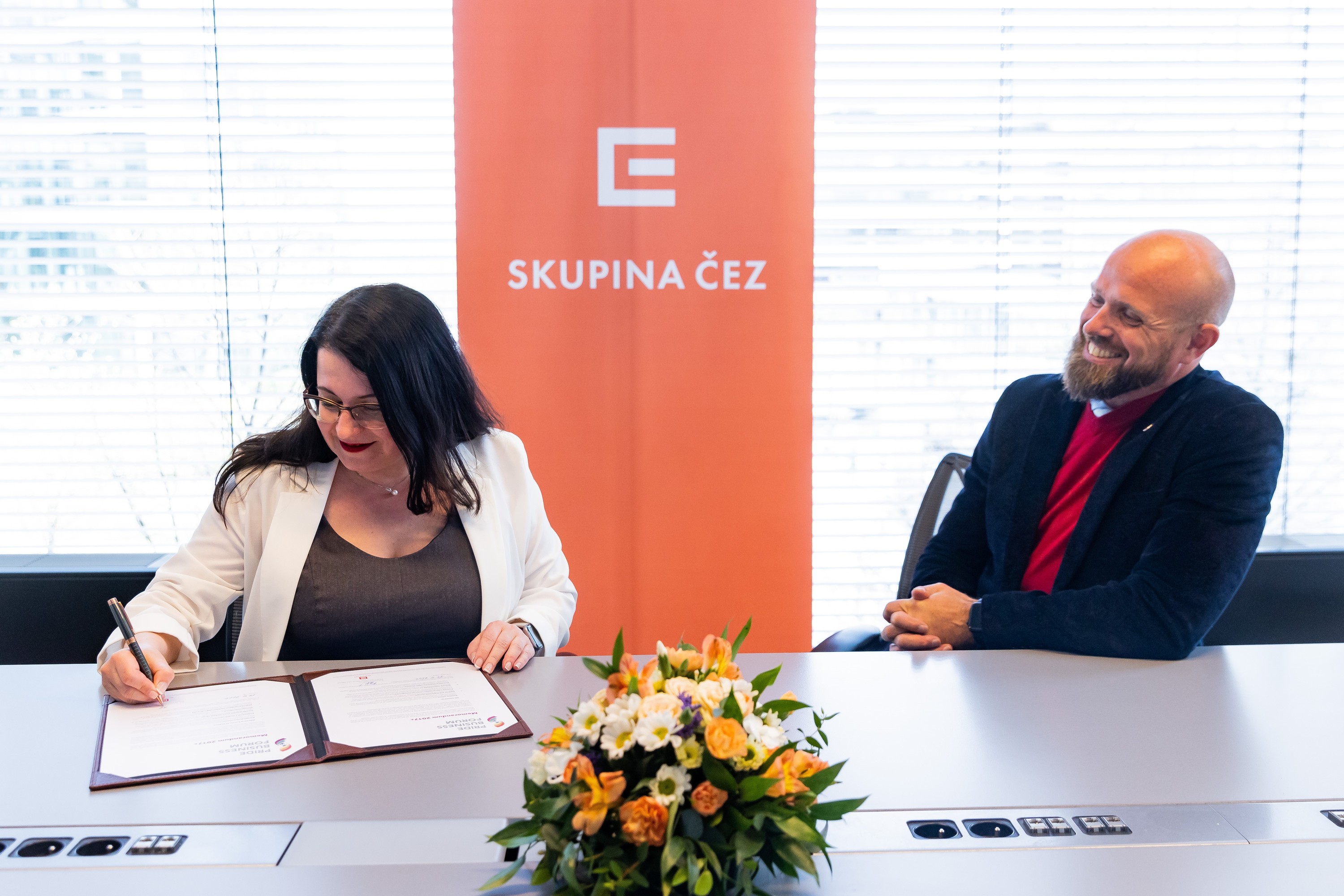 "CEZ wants to be a fair employer that creates equal conditions and a friendly working environment for all people regardless of sexuality or gender. This applies to recruitment, remuneration, career development and promotion, as well as work-life balance. By signing the memorandum, we are making it clear that prejudice and unequal treatment of people from the LGBT+ community have no place here, and I am pleased that we are publicly espousing the principles of equality," says ESG unit Director Kateřina Bohuslavová.

"Although the situation is gradually getting better, the discussion about LGBT+ equality unfortunately still causes controversy in a certain part of Czech society, so publicly declaring support for LGBT+ equality requires courage on the part of companies, which I appreciate immensely," said Czeslaw Walek, program director of the Pride Business Forum.

One of the major steps taken by CEZ Group to promote diversity at the beginning of this year was to adjust the rights of registered partners in the collective bargaining agreement to the level of married couples. Registered partners can take paid or unpaid leave in the same circumstances as spouses: for example, to enter into a civil partnership, to accompany their partner to a medical facility, to attend a birth or for parental leave.

CEZ Group will now focus on modifying internal documents and regulations to specifically include protection mechanisms against discrimination and bullying based on sexual orientation or gender identity. It will also strengthen the tools through which employees can safely report inappropriate behaviour or even bullying. A psychological helpline is also available for employees to address, among other things, matters related to LGBT+ issues, either their own or those of their family members. Other upcoming activities planned for May - Diversity Month - include discussion meetings for employees with representatives of the LGBT+ community focusing, for example, on prejudice and stereotypical behaviour towards this community.

The abbreviation has been used since the early 1990s to refer collectively to people with sexual orientations other than the majority sexual orientation. It is made up of the initial letters of the words: lesbian, gay, bisexual and transgender. The plus at the end symbolizes a whole spectrum of other sexual and gender identities (e.g., queer, intersex, pansexual, asexual, non-binary, gender fluid, and more). The term gender refers to the differences between men and women that are culturally and socially created (as opposed to "sex" which is biologically determined). It is a set of expectations and norms that are different for men and women in every society and culture, and by which individual "genders" are expected to behave. Gender evolves and changes over time, but many stereotypes persist.

Interest in working at ČEZ grew for a third consecutive year in 2021, with more women attracted to the energy sector

ČEZ aims to be among the top 20% of energy companies in sustainability rating by the decade’s end. A new department will see to it.

The fundraiser among ČEZ employees to help people impacted by tornado was a success: Moravian municipalities will receive CZK 15.5 million