Back
CEZ Group Media Press releases On Friday, ČEZ will start the regular replacement of fuel assemblies at Temelín Unit 2. They will connect the outage with a range of investments.

On Friday, ČEZ will start the regular replacement of fuel assemblies at Temelín Unit 2. They will connect the outage with a range of investments.

Checks of safety systems, turbines, sixty-seven demanding investment actions, and, above all, replacing a part of fuel assemblies. These are examples of the most important works to be carried out during the planned Unit 2 outage of the Temelín Nuclear Power Plant. Overall, ČEZ plans to do almost thirteen thousand activities, which it had preliminarily designed for two months.

The technicians plan the actual trip of the Unit 2 generator from the transmission system for Friday evening at approximately one-third of the reactor rated output. According to the power plant management, this will be a standard outage associated with essential checks and investment activities.

"We will replace forty-two of the total 163 fuel assemblies; for example, we will check safety divisions, the main circulation pump, and other systems. The low-pressure rotor of turbine number two will also undergo a detailed inspection, where we will check, for example, the bearings' condition or the blades' mounting. In addition, we will have sixty-seven investment actions aimed at modernizing and further strengthening the power plant's safety,"

Such an example will be the continued replacement of a part of essential water system piping, which changes the existing carbon steel pipes for stainless steel ones. The replacement of six gates at circulation cooling water piping with remote-controlled ones will also be challenging.

"We direct the outages of the most important Czech sources to periods with lower electricity consumption and coordinate them mutually. The refueling at the Temelín Unit 2 follows the end of the outage of the Dukovany Unit 4. The last refueling this year, we plan for October in Dukovany Unit1,"

Including the external suppliers, around a thousand people participate in the outage works. It is the last planned outage at Temelín this year. Unit 1 has been shut down for inspection and replacement of fuel assemblies for less than two months, from April 15 to June 9.

Since the beginning of the year, the Temelín power plant has produced 9.0 terawatt hours of electricity. Together with Dukovany, these sources make the most considerable amount of clean electricity and thus contribute significantly to ČEZ Group's emission-free production. Annually, approximately two tens million tons of CO2 have not been released into the atmosphere thanks to nuclear power plants. 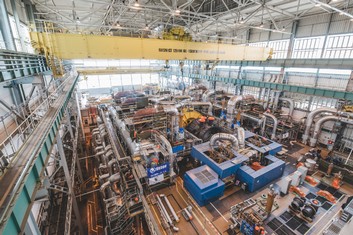 We are strengthening the energy security of the Czech Republic: we have signed contracts for the supply of fuel assemblies with Westinghouse and Framatome

On Friday, CEZ will shut down the Temelín Unit 1 as planned. The power plant technicians will perform checks and replace a part of the fuel assemblies

Americans and French will supply nuclear fuel to Temelín