The first ship carrying LNG for the Czech Republic reaches Eemshaven, the Netherlands

The first LNG terminal put into operation in Europe since the start of the war in Ukraine is gradually switching to full operation. After the opening ceremony on 8 September, and the arrival of the tanker Murex with the initial cargo, the first ship with a cargo of liquified gas for ČEZ reaches Eemshaven – the tanker Gaslog Georgetown, coming from the United States.

“The natural gas that we will get thanks to this LNG terminal will help us manage the upcoming winter.  We have chosen it because it is the very first LNG terminal put into operation in Europe after the start of Russian aggression against Ukraine,” says Minister of Industry and Trade Jozef Síkela.

The cargo of 170,000 cubic metres of LNG (corresponding to 100 million cubic metres in a gaseous state) set out from the Sabine Pass LNG terminal in the Gulf of Mexico, on the border of Louisiana and Texas, on 23 August.  The   LNG comes from Cheniere, a major exporter of liquified natural gas that features on the Fortune 500 list of the largest US companies.

“We are glad to say that rapid progress is being made after the commissioning of the terminal and that our first ship carrying LNG has reached the port.  Another two tankers with gas for the Czech Republic will arrive in October, and we will subsequently carry on at a rate of two or three ships every month.  This is a significant step for the Czech Republic’s energy security and an important safeguard, in the event that gas from other suppliers should cease flowing to the Czech Republic,” said ČEZ’s CEO Daniel Beneš.

The cargo has arrived in the tanker Gaslog Georgetown, which is 293 metres long and 46 metres wide and was launched in 2020.

“We are prepared to do our best to help Europe with energy supplies, now and into the future.  This milestone has been achieved at this critical time, but, at the same time, it is the result of long-term collaboration between the governments of the United States and the Czech Republic, as well as of the relationship that Cheniere has with ČEZ and with the Czech Ministries of Industry and Foreign Affairs.  We look forward to continuing in our dialogue with our Czech partners about how LNG from Cheniere can help the Czech Republic attain its goals in energy security and climate protection in the coming years and decades,” said Anatol Feygin, Executive Vice President and Chief Commercial Office at Cheniere.

Gaslog Georgetown will now spend several days at Eemshaven.  During that time, the liquified gas will first be injected into the terminal and then transformed back to the gaseous state.

The terminal at Eemshaven is the first facility put into operation in Europe since this last February, when the war in Ukraine started.  The LNG terminal was successfully prepared and commissioned in the record time of just a few months.  The facility will make it possible to supply up to eight billion cubic metres per year, of which three billion are earmarked for the Czech Republic.  This volume corresponds to approximately one-third of the country’s annual consumption.

The terminal is comprised of two vessels, the Golar Igloo and the Eemshaven LNG, making it possible to store and regasify the gas (FSRU).  Aside from ČEZ, capacity in the terminal was reserved by other well-known energy companies: the Dutch Shell and the French Engie.

At an earlier point, the Ministry of Industry and Trade, in cooperation with the ČEZ Group, had secured the lease of a part of the capacity of the new terminal as well as the route for carrying the gas to the Czech Republic.

Did you know that: 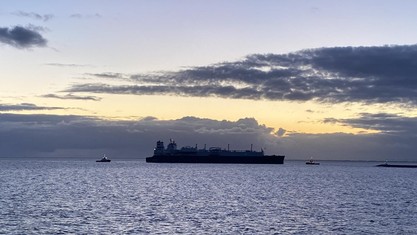 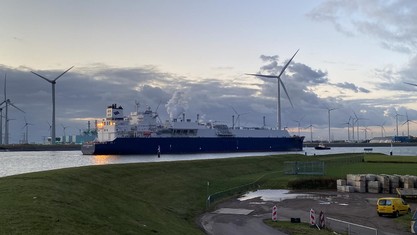 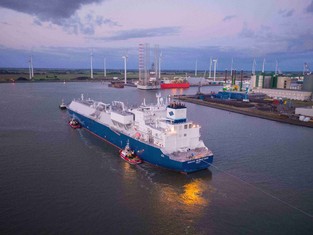 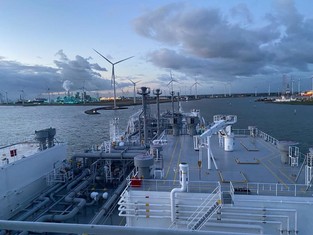 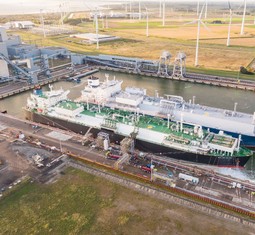 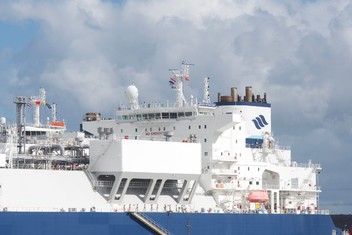 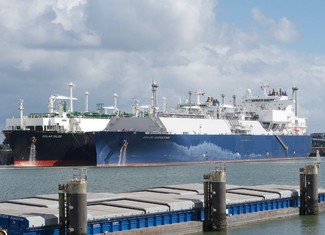 CEZ Group begins withdrawal from Türkiye, signing sale of its share in AKCEZ to Torunlar Group

U. S. Steel Košice is heading towards a more sustainable future. Košice steel mills will reduce their climate footprint with the help of ČEZ and ESCO Slovakia