In terms of technical complexity, it will be one of the most demanding projects in the history of the Czech Republic, worth billions of crowns. The important project must not disrupt the operation of the key Czech emission-free power plant. Selected control and management systems will be partially renewed and upgraded by Westinghouse as their original supplier. Westinghouse has the greatest knowledge of its system, apart from CEZ itself, which strengthens the safe course of the upgrade.

In 1993, the Government decided to complete two of the four Temelín generating units that were under construction and to replace the original system with Westinghouse's then state-of-the-art digital control and management system.  This was one of the world's first links between an Eastern and American project. Since the first unit was commissioned, it has operated here with only routine modifications and updates. A part of the system will now undergo its first major upgrade.

“Although this is an upgrade of systems, negotiations with the existing supplier took more than a year. Our first priority is of course to ensure safety, but we also insist that the work should not affect the operation of Temelín itself. All this had to be carefully prepared and formulated in the contract,” says Daniel Beneš, Chairman of the Board of Directors and Chief Executive Officer of ČEZ.

In practice, experts will replace some systems and some of the fixed equipment, including the buses and control elements involved. Most of these are not only physically separated from each other, but also from all external networks.

“In fact, it is a complex of several independently backed-up systems that have been operating reliably at Temelín since 2000.  This upgrade is not a solution to a sudden need, but a carefully prepared step in the gradual renewal of the equipment with a view to the planned sixty-year and possibly even longer operation. This is why the entire project is spread out until 2029,” explains Bohdan Zronek, Member of the Board of Directors and Director of the Nuclear Power Division.

The contract for the control and management system upgrade was signed by representatives of ČEZ and Westinghouse on Monday, September 13.

“This agreement requires full cooperation at all levels during the complete renewal of the affected parts of the control system,” says Tarik Choho, President of Westinghouse Europe, Middle East and Africa.  “We are proud to be working with ČEZ on this significant upgrade of information and control systems that will not disrupt the operation of this key Czech emission-free power source," he adds.

ČEZ has been preparing the control and management system upgrade project for three years, when specialists specified the needs and, above all, the schedule of work. The physical work itself will start together with Westighouse this year, but some of the activities will only be possible during the planned major outages for fuel replacement. The next one is due at Temelín in April next year. 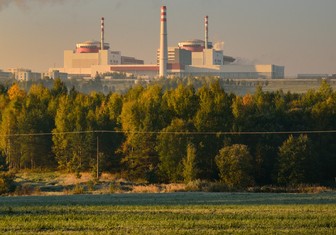 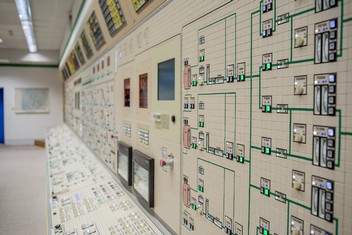 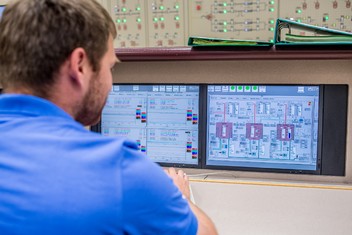 ČEZ has increased production in hydroelectric power plants by 68%