The history of the hydro power plant Labe in Hradec Králové begun  when the council of the town decided that it will be necessary to  protect its inhabitants against frequent floods. Those were regularly  caused by the rivers of Labe and Orlice. A hydro power plant was build  on the „roaring“ weir at the Labe river, giving it its nickname.

The strength of the two rivers could not be used immediately. Both rivers were included in the first regulatory engineering plan which planned to replace two solid weirs on the two rivers with two movable, folding ones. Also, low streaming profiles had to be adjusted, since changes to the flow rate and to the depth and width of both river beds resulted in altered water levels. It was necessary to watt for the regulatory works progress to be able detect the precise water levels both down and up river from both weirs. Also, the Weiss were moved, the one on Labe 150 meters down river and the one on Orlice 250 meters up river. Regulatory works on Labe were launched in 1907. The project included the dismantling of the old Hučák weir where a water station was also located. New, electricity-powered water station as well as a power plant were built in replacement. The power plant construction was launched by the town representatives on May 12, 1908. The project was prepared by the head of the Electricity Works in Prague, profesor engineer Karel Novák. From the beginning, the author pointed out that the high variability of flow rates at Labe, ranging from 3,5 m3/s to 360 m3/s will require a steam-powered backup turbine to cover the periods of extremely high and low flow rates. In order to be able to dismantle the old weir, new steam-powered plant had to be built immediately, as well as an electricity- powered water station. The foundations  were laid in spring, 1909, in the same year, the technologies were installed and cables laid, and the switch building construction was launched. The steam-powered plant was fitted with two steam generators with the heating surface of 200 m2 and the gauge pressure of 11.5 atmospheres. Two steam turbines, each with the capacity of 400 HP, were connected to Křižík generators with the output of 300 kVA with the voltage of 3 × 5000 V of three phase alternate current. The Křižík company also supplied 14 transformers with the total output of approx. 500 kVA, and 12 km of cables.

The golden era of the power plant was preceded by an extensive reconstruction. The plant fulfilled its mission up until the beginning of 1920s, when the decision was made to rebuild it to make up for the losses in production, to improve performance of the turbines, and to solve the faulty inflow and outflow as well as a few other technical issues.

The Francis turbine itself was modified, as well as the shaft bearing, the turbine guide bearing, the inlet pipe and the old speed regulator. The results of this reconstruction were remarkable and thus, the same adjustments were carried out on the remaining  units as well. After the reconstruction, the efficiency increased from 67 % of the potential to 82,2 %, and all the units work in the same way until today. In the years to come, the Labe plant in Hradec Králové was connected  to the power grid connecting the plants in Spálov, Poříčí and Les Království covering the towns of Hradec Králové, Pardubice, Přelouč, Kolín, Poděbrady, Nymburk, Dražice, Mladá Boleslav and Turnov. After the nationalisation of 1945, the plant became part of the stateowned power network. The steam section of the plant supplied the last 438 kWh to the grid on the 5th of January, 1946. It took until 1956 to dismantle the steam generators and turbines. In the years to come, the buildings of the power plant The golden era of the power plant was preceded by an extensive reconstruction.

The plant fulfilled its mission up until the beginning of 1920s, when the decision was made to rebuild it to make up for the losses in production, to improve performance of the turbines, and to solve the faulty inflow and outflow as well as a few other technical issues. were reconstructed as well as its equipment, the plant was modernised, and the power supply field was gradually reorganised. At present, the joint premises of the plant include the switch building of high voltage of 5 kV, 10 kV and 35 kV, transformers, and operational building. The weir and its facilities  including the bridge over the river are maintained by the Povodí Labe company. Until 1995, the staff of the hydro power plant  at the Labe river also maintained the operations of the Orlice river hydro power plant, which did not need permanent staff. At present, this small plant is privately owned. The Labe hydro power plant facilities include three high voltage switch buildings.

The 35 kV switch building has traditional cell arrangement, the new 10/5 kV switch room consists of 27 service units SR 12. The 5kV switch unit serves as the outlet of the output of the hydro power plant generators. The 10 kV switch room powers 28 transformers which supply electricity to the city center. At the beginning of 1990s, the power plant and the bridge have undergone a thorough reconstruction. Both buildings were decaying, so the originál façade had to be removed, as well as some rare decorations dating back to the beginning of the 20th century. Thankfully, all ornaments including thein structure and colouring were painstakingly documented and recreated.

The repairs of the bridge were carried out in just as accurate way. For example, the repairs even included the installation of accurate replicas of the original lighting, made according to the originál project plan. They were fitted to the decorative  stone pillars. The sensitive reconstruction of the plant and the bridge was supervised by conservation and cultural heritage protection experts. Such an important item of engineering and cultural heritage does indeed deserve the night time illumination, installed in 1996 as a joint initiative of Východočeská energetika company, EdF France and its daughter company.

Citelurn. The plant was illuminated already before the Second World War, then using military spot lights. The present  llumination consists of 139 spot lights attached with elements made of weather-resistant brass and copper. The hydroelectric power plant in Hradec Králové is protected as an item of national cultural heritage. Together with the bridge system, it constitutes a major part of the cultural heritage of Hradec Králové.

Facts and data (after modernisations) 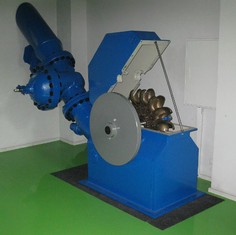 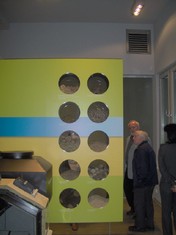 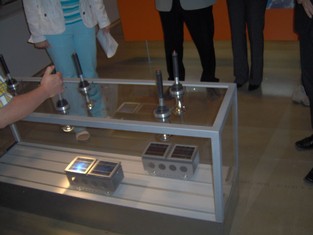 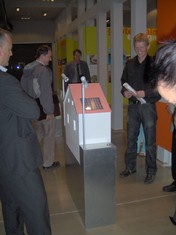 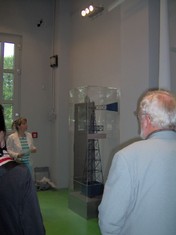 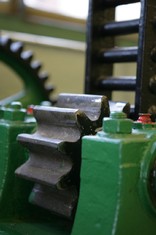 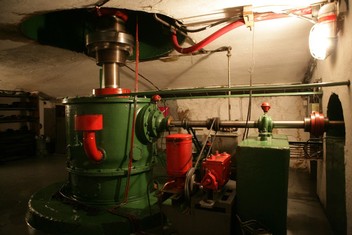 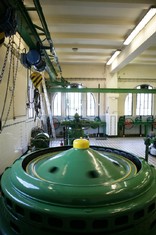 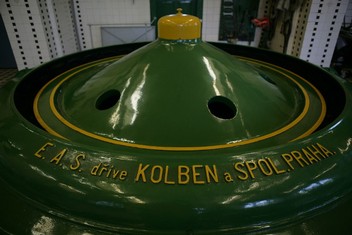 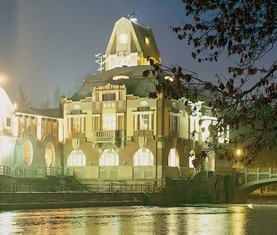 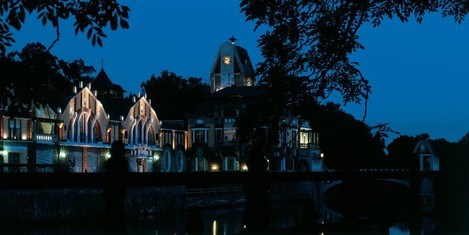 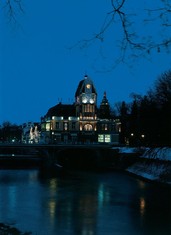 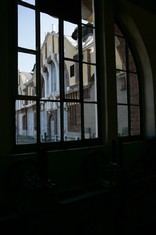 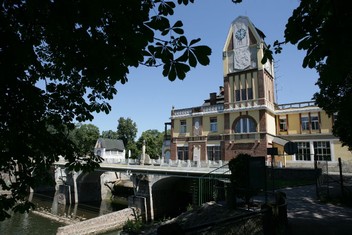 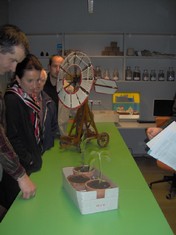