The Lipno I Hydroelectric Power Station is a part of the Vltava Cascade. Its water reservoir, covering an area of almost 50 km2, forms the largest artificial lake in the Czech Republic. The reservoir’s volume is 306 million m3 of water, and it is used in a long-term runoff regulation to increase the minimum flow, limit flood peaks, and increase the generation at the other power plants along the Vltava Cascade. The water surface of the lake is set in the beautiful landscape of the Šumava Mountains, it is 44 km long and 14 km wide at its widest point, and is used for summer recreation, water sports, and effective fish-farming. 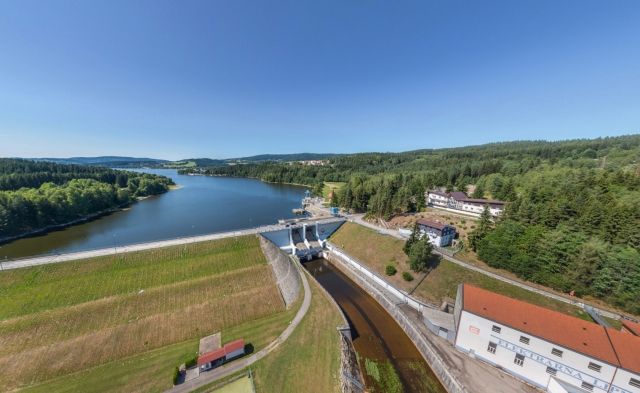 The Lipno I Hydroelectric Power Station represents a significant producer of inexpensive, environmentally clean peak-load electricity, and an output regulating factor within the Czech Republic’s power engineering system. Its ability to quickly increase its output to the maximum, reaching 120 MW in 226 seconds, and its remote control from the Hydroelectric Power Station Control Centre at Štěchovice allows it to influence the output balance of the country’s power system at any given time. The fluctuation in the runoff is balanced by the Lipno II small run-off-river hydroelectric power station with the capacity of 1.5 MW, built downstream from Lipno I.

The Lipno I water reservoir was built between 1953 and 1958. The water is held by a 26 m high combined earth-fill and gravity dam with the corresponding hydro-technical equipment. The actual hydroelectric power station is located 160 m under the ground near the dam, in a 37 m high, 65 m x 22 m underground air-conditioned cavern. The water is brought to the turbines by two 160 m long steel penstock shafts, 4.5 m in diameter, through ball valves; and it is carried away by a 3.6 km long underground discharge tunnel, 8.4 m wide and 7.8 m high.

The staff and technological equipment are transported underground in a 45° inclined tunnel, 6.8 m wide and 9.7 m high.The underground power station, which commenced operation in 1959, is equipped with two fully automatic sets of Francis turbines, and the necessary electrical equipment. Electric energy is carried by cables from the generators through a tunnel to surface transformers and a switching station. The surface part of the power station also includes a 22 kV switching station which supplies electricity to the extended surroundings.

The water reservoir, containing up to 1.68 million m3 of water, was built to balance the water flow. The river was damed by an 11.5 m high combined dam. The dam is equipped with all necessary hydro-technical equipment to allow it to control the runoff, even when the generating set of the station is under repair. The Lipno II Hydroelectric Power Station is fully automatic, unattended, and remotely controlled from the control centre at Štěchovice and from the Lipno I hydroelectric power station. In addition to permanent electricity generation from a balanced water flow, Lipno II is significant mostly for allowing the Lipno I hydroelectric power station to operate as a peak-load facility. 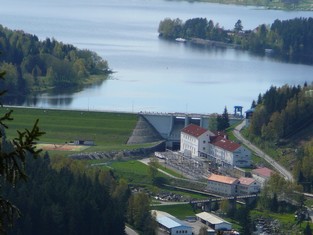 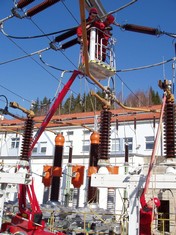 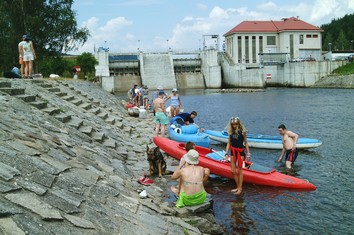 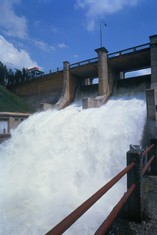 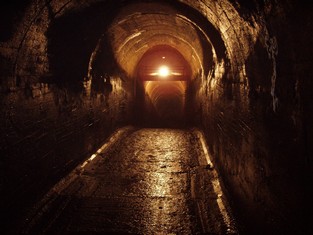 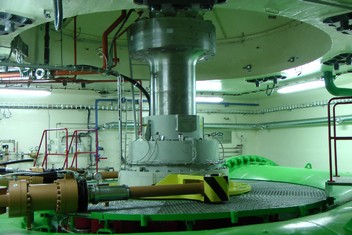 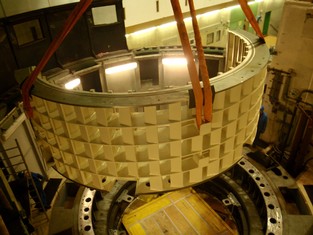 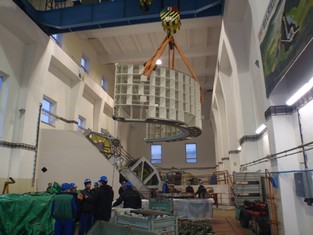