Back
CEZ Group Media Press releases 2020 IN ELECTROMOBILITY: ELECTRIC CARS DREW A QUARTER MORE ENERGY AT ČEZ. CHARGING BEGAN TO BE CONTROLLED BY SOFTWARE FROM THE ISRAELI COMPANY DRIIVZ

2020 IN ELECTROMOBILITY: ELECTRIC CARS DREW A QUARTER MORE ENERGY AT ČEZ. CHARGING BEGAN TO BE CONTROLLED BY SOFTWARE FROM THE ISRAELI COMPANY DRIIVZ

Despite the pandemic, the growth of zero-emission electricity in the network of ČEZ public charging stations for electric vehicles continued last year. Green chargers, located from Marianske Lazne to Trinec, filled e-car batteries with more than 2.4 GWh, which is 24% more than last year. The network, comparable to larger chains of conventional filling stations, has doubled in size in the last two years. The public charging network is created thanks to a European grant from the Connecting Europe Facility (CEF) programme, from funds allocated by the Transport Operational Programme and from ČEZ Group's own resources.

Last year, the ČEZ Group's network of public charging stations in the Czech Republic, which currently numbers more than 270 charging points, filled electric car batteries with a total of 2.44 GWh of electricity last year. This amount of energy is enough to fully charge 67,825 middle-class electric cars with a battery capacity of 36 kWh or for a fleet of 406 e-cars to travel around the world. At the same time, it is an increase of more than 24 percent compared to 2019, when electric cars drew 1.96 GWh in the entire network of chargers.

ČEZ guarantees drivers the consumption of truly emission-free energy at most of its stands – thanks to the certification of the origin of electricity from renewable sources of the market operator OTE. Fast charging stations with an output of 50 kW, which make up 80% of the network today, make it possible to recharge most of the capacity of batteries of all types and brands of electric vehicles in the order of tens of minutes.

“Last year was really very specific, but we still managed to build 62 percent more stations than in 2019. We also estimate that about half of the 3,000 electric cars newly registered last year regularly consume energy in our country. This year, despite the ongoing pandemic, we would like to maintain last year's pace of building up new stations. Within five years, we aim to triple the total power of stations in our network to 50,000 kW. We will focus on further covering “blank spots” throughout the country, as well as in locations where there is a possibility of increasing the number and performance of chargers. Today, only those will be able to cover the dynamically growing demand for public charging in more busy places“, says Tomáš Chmelík, ČEZ Clean Technology Section Manager.

DURING 2020, A NEW CUSTOMER APPLICATION FUTUR/E/GO SET UP ON THE ADVANCED ISRAELI PLATFORM DRIIVZ WAS LAUNCHED. AMONG OTHER THINGS, IT WILL ALLOW DRIVERS TO:

When using the entire network of  ČEZ charging stations, users identify themselves with a customer RFID card before charging. For e-car drivers, it will also be enough to download the  FUTUR/E/GO application launched this year, which, together with a web interface (the so-called driver's portal), makes it easy to manage their accounts. ČEZ customers have a choice of different tariffs. The three tariffs contain a “prepaid” component, which provides the customer with a lower price per kWh of charged energy. The fourth “Pay as you go” tariff is intended for customers who do not want to be bound in any way and only pay for the subscription in a given month. Of course, the offer also includes charging for unregistered customers, who pay for each one-time session. For more, visit https://www.elektromobilita.cz/cs/jak-se-stat-zakaznikem.

The ČEZ Group has been active in the area of electromobility development since 2009. Since the very beginning, its primary activity has been the construction and operation of public charging stations. Today its scope is much wider and includes a service to customers from the retail segment (ČEZ Prodej, s.r.o.) as well as a service to clients from the business sector, municipalities or regions (ČEZ ESCO). The ČEZ Group provides, for example, design and installation of turnkey charging stations, electrification of car fleets, charging platforms, including IT solutions, rentals or sales of electric cars or wallboxes and charging cables. For local authorities, ČEZ offers the implementation and operation of charging stations for electric buses or design of electromobility concepts in individual towns and regions. For more, visit http://www.elektromobilita.cz/cs/mapa-dobijecich-stanic.html 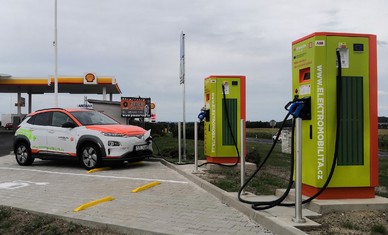 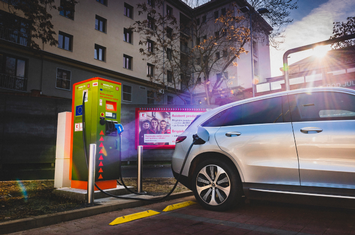 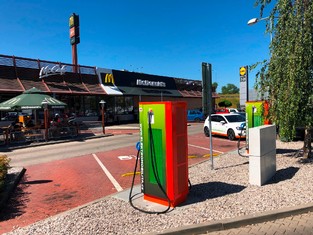 All the way to the bottom of a nuclear reactor or to the top of a wind power plant! Energy fans can visit ČEZ power plants online for the first time

THE LARGEST NETWORK OF PUBLIC CHARGERS REPORTS 250 STANDS. IT PLANS TO TRIPLE THE PERFORMANCE OF THE ENTIRE NETWORK WITHIN FIVE YEARS.

THE NEW SMART FUTUR/E/GO APPLICATION HAS DOUBLED THE NUMBER OF ELECTRIC CAR CUSTOMERS. DRIVERS LIKE THE FEATURE OF CHARGERS´ OCCUPANCY AND THE NAVIGATION.