Back
CEZ Group Media Press releases The greening of the largest heat source in the Czech Republic has begun. ČEZ is closing the Mělník III Power Plant, with the coal in the heating plants to be replaced by gas, biomass and modern technologies

The largest source of district heating in the Czech Republic is abandoning coal. By 2030, the Mělník site, which supplies Prague, Mělník and Neratovice, will produce heat solely from low-emission sources and will thus significantly help the ČEZ Group itself, as well as Prague and other cities, to achieve their environmental commitments. The first step in the planned transformation is today's shutdown of the largest coal-fired power plant to date, Mělník III. Its closure turns the plant into a pure heating supplier. At the same time, the preparation of the construction of highly efficient steam-gas sources has commenced, with plans to employ other low-emission technologies in the future, such as biomass boilers, heat pumps or equipment for the recovery of energy from waste. These will gradually replace the Mělník II and Mělník I lignite heating plants. The planned environmental measure will not affect the quality of supplies to customers in any way.

A quarter of the total CO2 emissions in the Czech Republic is generated by heat production. "The transformation of our heating plants is one of the key areas through which we will achieve our environmental commitments. The greening of the Mělník-based plant is one of the important steps to achieving low-emission production, which we have set out in our Vision 2030 strategy, Clean Energy of Tomorrow. Due to the size of the Mělník source and its importance for Prague, this is where we will direct the largest share of the planned investments in the modernisation of the heating industry," says Pavel Cyrani, ČEZ Deputy Chairman of the Board. ČEZ plans to invest an estimated CZK 30 to 40 billion in the transformation of heating plants into low-emission sites in the coming years.

The first step in greening the site is the closure of the Mělník III power plant, which was the only one serving as a pure electricity producer. In the following years, the Mělník II lignite plant is to be shut down, which will remain partially operational in back-up mode, and subsequently the operation of the Mělník I unit will also be discontinued. However, heat supplies, on which approximately 250,000 Prague and Central-Bohemian households depend, will not be compromised, as alternative sources will be put into operation first. The first one is to be a gas boiler room to be followed by steam-gas sources for a combined production of electricity and heat.

The construction of an electric boiler is also under consideration, not only to serve as a heat production source, but also to help regulate the transmission or distribution system. At the same time, ČEZ is exploring the option of using other non-emission technologies in this location in the future, e.g., through a biomass boiler expansion, hydrogen combustion as well as its production, or heat pumps with heat accumulation. The production capacity of the Mělník complex will be complemented by equipment to recover energy from waste. The existing coal dump for the trio of the Mělník plants may serve as a site for the installation of photovoltaic panels in the future. Energotrans, which operates the heating plants, is also in talks with the Nuclear Research Institute (ÚJV) Řež about the option of operating an experimental circuit within the premises with supercritical CO2 for the testing of torque machines. All of the aforementioned new sources are to be built on the land of the current premises, using the existing buildings and infrastructure.

The Mělník site is an important regional employer: it provides 300 permanent jobs to residents of the surrounding towns and villages and creates more than 1,000 additional jobs with contractors in the high season. Therefore, one of the priorities of the plant operator is that the planned transformation of production resources should not have a negative impact on the employees.

"We value our employees; their many years of operational experience are irreplaceable for us, so we were looking for ways to retain as many of these qualified specialists as possible. Employees from the decommissioned Mělník III power plant have been trained in advance for a transition to our heating plants. In this way, we succeeded in securing jobs for a vast majority of our colleagues," explains Miroslav Krpec, CEO of Energotrans.

Energotrans wants to proceed in a similar way in the future, too, when coal heating plants are replaced by newly-built sources. 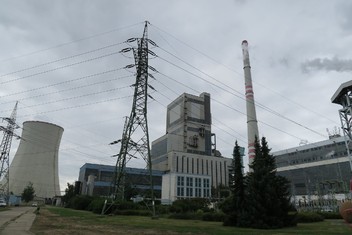 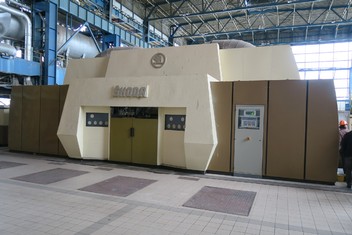 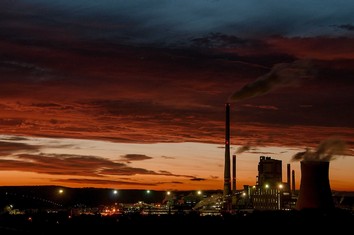 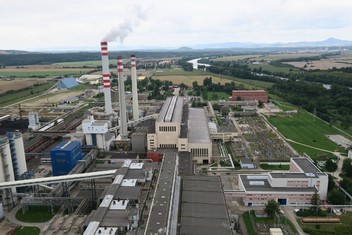 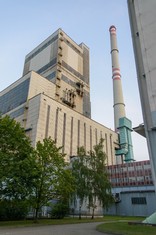 The first step to towards the construction of the Gigafactory. The MIT and ČEZ sign a memorandum

CEZ Group Fund Inven Capital has the first unicorn: the world number one venture capital fund Softbank and US Citibank have invested USD 240 million in the Forto start-up