Power engineers have completed construction of the country’s largest photovoltaic power plant that serves as a car park roof, known as carport. Double-sided panels were used, where the bottom side uses light rays reflected from the parked cars. With a capacity of 831 kWp, this new zero-emission source generates approximately 850 MWh of electricity per year, which covers the annual consumption of nearly three hundred households.

322 new parking spots were created on the exterior premises of Dukovany Nuclear Power Plant, which are covered by 2,600 photovoltaic panels, each with a capacity of 320 Wp.  This is the first of a series of large emission-free projects of the ČEZ Group, whereby the company contributes to the achievement of the Czech Republic’s climatic goals and commitments.

“The Czech Republic’s goal is to increase the share of renewable sources of energy in overall consumption by 22% by 2030.  There are 50 to 100 billion crowns earmarked for photovoltaics in the modernisation fund.  Photovoltaics on the site of the Dukovany power plant is a very innovative concept.  We believe that there will soon be many more such examples,” says Minister of Industry and Trade Karel Havlíček.

“The new rooftop power plant at the parking lot in Dukovany is also a symbol of the future of the Czech energy sector – nuclear and solar zero-emission sources will be generating electricity here side by side.  In addition to boosting power generation from renewable sources, we are also improving the traffic situation and parking capacity at Dukovany.  The power plant will organically cover a roof area that would otherwise stay unused,” says Daniel Beneš, Chairman of the Management Board and CEO of ČEZ, in summarising the importance of the project.

The underside of the panel is newly utilised, as well.  Thanks to light reflection from the parked cars, these panels generate up to 25% more clean electricity than regular panels, meaning that to achieve identical capacity, the power plant takes up a far smaller area.  The building is also specific in terms of its robustness, with the carport structure alone weighing 150 tonnes.

The parking lot includes three new public charging stations for electric cars fed exclusively from the production of an emission-free nuclear source.  By plugging into power generated on the site of the power plant, it can be 100% guaranteed that the electric car does not even indirectly contribute to greenhouse gas emissions and is not a burden on the planet.  In total, there are currently 6 public ČEZ charging stations at the Dukovany power plant.  Another 6 are planned, and they will be built by the new carport.  Each such charging station can serve two electric cars simultaneously.

The ČEZ Group is working on new renewable sources, with a major share of photovoltaic power plants with an aggregate capacity of up to 6,000 MW, to be completed by 2030.  They will be built on the sites of brownfields and former mines, degraded industrial sites, and on low-grade soil. 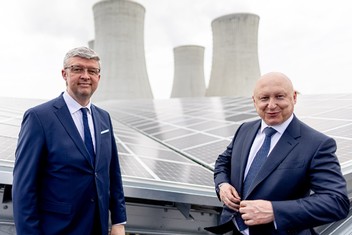 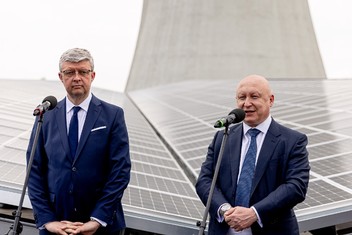 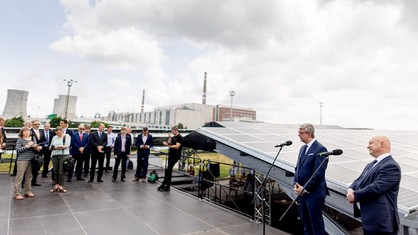 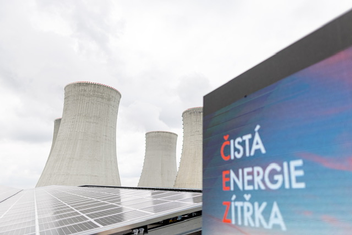 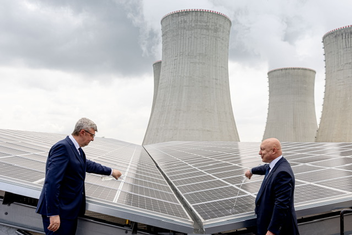 CEZ Group Fund Inven Capital has the first unicorn: the world number one venture capital fund Softbank and US Citibank have invested USD 240 million in the Forto start-up