CEZ pledges to be carbon neutral by 2040

Memorandum on Cooperation in Climate Protection Signed with the Czech Ministry of the Environment.

The Ministry of the Environment and CEZ Group have signed a Memorandum on Cooperation in Climate Protection, the Energy Sector, and Certain Related Areas. Both parties will cooperate on comprehensive decarbonisation of all segments of the Czech economy. Furthermore, CEZ pledges to speed up achieving carbon neutrality of its operations by 10 years. The commitment undertaken as part of the Paris Agreement had originally envisaged that milestone in 2050. The Ministry will strive to support companies like CEZ in their transition to carbon neutrality, for example, by striving to simplify the permit procedure for building renewable sources of energy, in particular innovative photovoltaics and agrivoltaics.

The document, which builds on more than ten years of extraordinary cooperation between the two parties, was signed today by the Minister of the Environment Anna Hubáčková (for KDU-ČSL) and CEZ CEO and Chairman of the Board of Directors Daniel Beneš.

“Today, the Ministry of the Environment strives to provide the greatest possible financial and legislative support to the development of renewable sources of energy, primarily from the Modernisation Fund, but also under other grant headings. In the context of the war in Ukraine, it is clear that the Czech Republic has no time to lose. To ensure energy security and independence, we need to transform the Czech energy sector, in line with the European Green Deal, towards clean sources of energy that do not burden the environment with local emissions or CO2 emissions. We consider CEZ as a partner who understands this very well and who strives to further accelerate its decarbonisation ambitions,” says Minister of the Environment Anna Hubáčková. 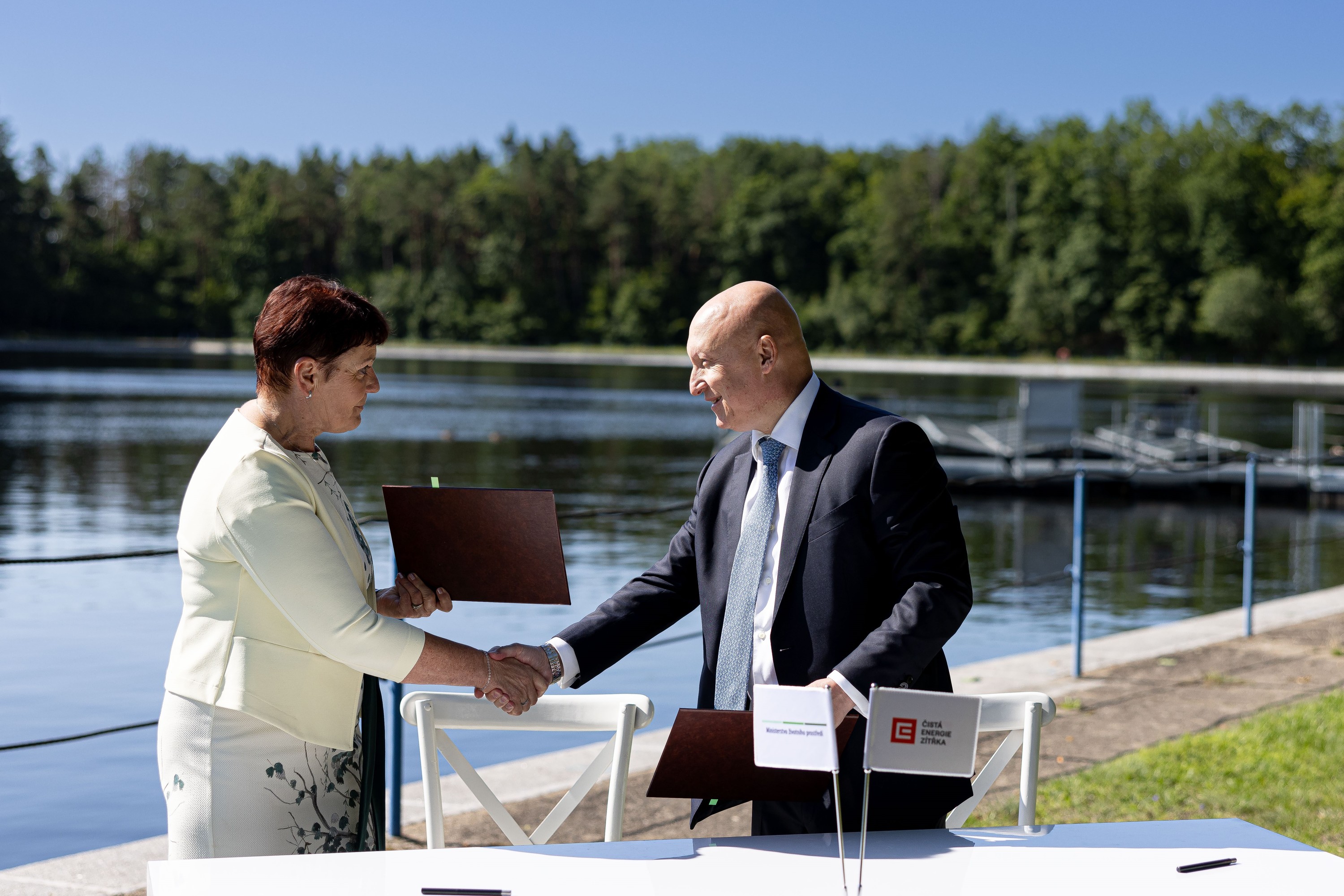 According to the Memorandum, the main recipes are – aside from massive support for the development of renewable sources – long-term and stable support for the operation and further development of nuclear energy, including small modular reactors. There is a strong social aspect to the process, which is why it is necessary to regularly take opportunities to improve the living conditions in those regions that await structural transformation, due to the phasing out of the coal industry. To ensure a smooth transformation process for the coal regions, the Ministry of the Environment is responsible for the Operational Programme Just Transition.

“We want to build an energy sector that is affordable, secure, emission-free, and independent. These are not mutually exclusive things: they go hand in hand. As the largest operator of renewable sources in the Czech Republic, we want to set an example for all other energy companies and for the future. Hence, we undertake to achieve the carbon neutrality of our production portfolio in the Czech Republic by 2040, in full compliance with the objectives set out in the updated VISION 2030 - Clean Energy of Tomorrow strategy. We primarily envisage massive investments into a broad range of emission-free projects – the main ones being 6,000 megawatts in new renewable sources of energy by 2030, new nuclear blocks in Dukovany and Temelín, and the development of small modular reactors on the grounds of traditional power plants. We are also accelerating the building of an infrastructure for e-mobility and, in the future, we also plan on a massive use of hydrogen,” says CEO and Chairman of the Board of Directors of CEZ, a. s., Daniel Beneš. 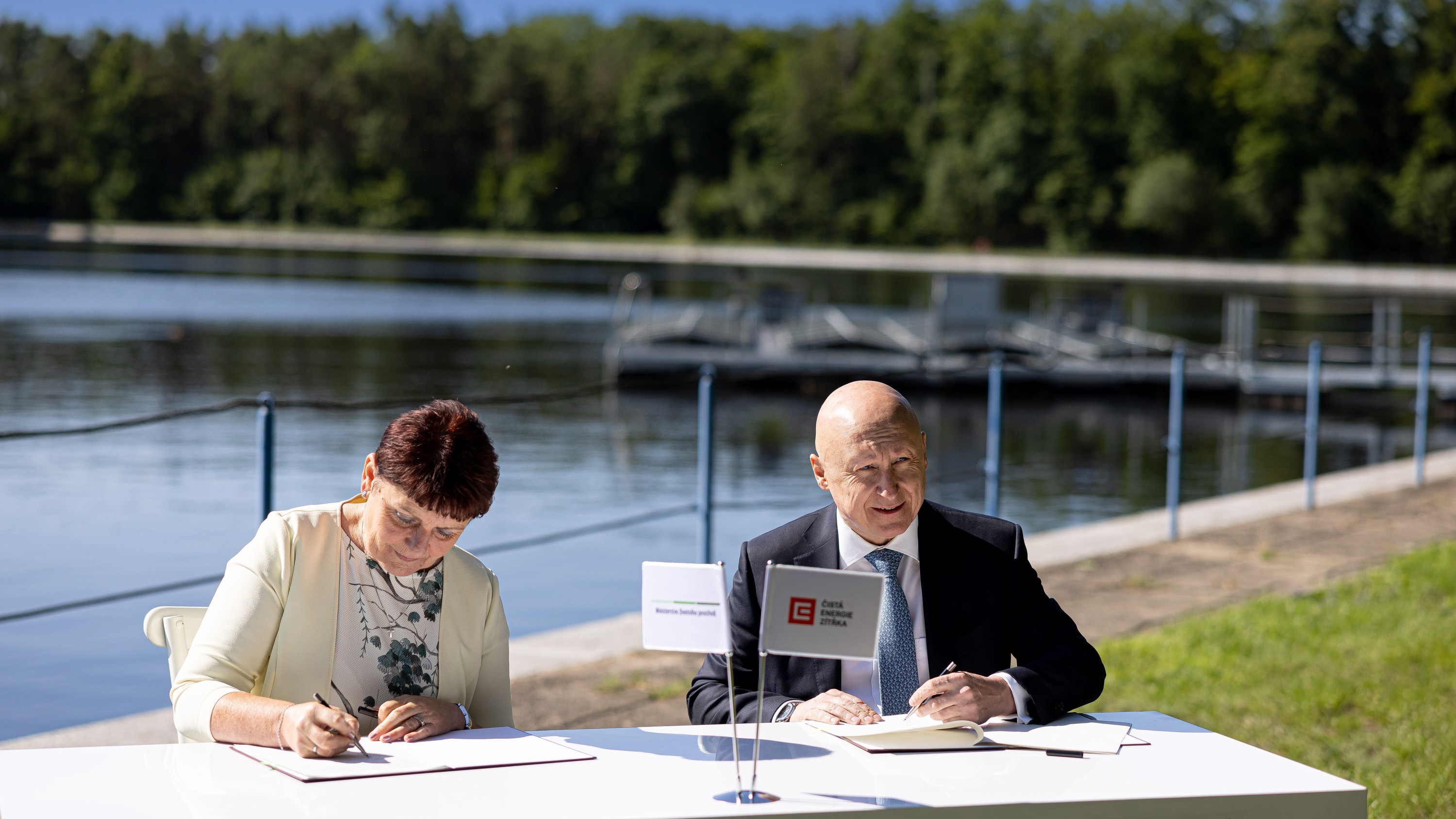 Cooperation will also continue in education, training, and awareness campaigns, emphasising sustainable development, cooperation in environmental advisory, and in the planting of greenery.

The extraordinary cooperation between the Ministry of the Environment and CEZ dates to 2010, when the two parties signed a Declaration on Strategic Cooperation Between CEZ and the Ministry in the Area of Air and Climate Protection. It set out 21 commitments for CEZ that lead to a major reduction in the environmental burden and in building a sustainable energy sector. In the priority area of reducing emissions of nitrogen oxides, sulphur oxides, and solid pollutants, CEZ fulfilled the originally set commitments well in advance, in 2016, and it continued to reduce them further. Thanks to that, hundreds of thousands of tonnes of emissions were not released into the air.