• For the first time in its history, ČEZ has put more than 100 stands into operation in one year, exceeding the previous record year of 2020 with 82 stations.

• ČEZ now operates 386 charging stations, whose total capacity has already exceeded 25 MW. • In addition to large cities, highway charging is also increasing significantly - thanks to better infrastructure, electric cars have become a viable alternative for long journeys. • The trend for 2022 will be charging hubs that allow 6 or more e-cars to draw power at the same time. Despite the pandemic and the crisis in the energy and supply markets, the consumption at ČEZ public charging stations for electric vehicles in the Czech Republic grew last year. Drivers at the green stands of the largest Czech network drew a total of more than 3.5 million kWh of certified emission-free electricity. The dense map of points from Mariánské Lázně to Třinec, comparable to the coverage of larger chains of conventional petrol stations, grew last year by a record 110 stands. The network is growing thanks to a European grant from the Connecting Europe Facility (CEF), funds allocated by the Operational Programme Transport and ČEZ Group's own resources.

The number of stands in the network increased by 110 last year, and the green electricity consumed grew by 44%. This is the 2021 report card for the largest Czech network of public charging stations serving electric vehicles. Compared to the 2.44 million kWh of green electricity drawn in 2020, this is a dramatic increase, due in equal parts to the significant expansion of the network and the continuing boom of electric cars in the Czech Republic. More than 3,000 more of these purely electric vehicles were on Czech roads for the second year in a row. Drivers of e-cars stopped to "refuel" at ČEZ stations more than 230 thousand times last year. In doing so, they drew enough energy to fully charge the batteries of 97,878 mid-range electric cars with a battery capacity of 36 kWh, or to power a fleet of 587 e-cars around the world.

"This year's challenge is to maintain the pace of construction and to continue building ultra-fast stations capable of significantly reducing charging times and offering large hub services," said Pavel Cyrani, Deputy Chairman of the Board of Directors and Director of Sales and Strategy.

"In addition to pandemic restrictions, the main obstacle for us last year was what was happening on the global markets, which meant that some materials and technologies became more expensive or delivery times were extended. Despite this, thanks to the efforts of our specialists, infrastructure partners and a more flexible approval environment, we have managed to put more than 100 new stations into the service of drivers in a year for the first time," added Tomáš Chmelík, Manager of ČEZ Clean Technology Unit.

ČEZ guarantees drivers a truly emission-free energy supply for most of its stands - thanks to the certification of the origin of electricity from renewable sources by the market operator OTE. Fast charging stations with a capacity of 50 kW now make up 80% of the network and allow two electric cars to be charged at the same time. In addition, last year ČEZ started to build stations with outputs from 150 to 180 kW, enabling a significant reduction in the recharge time. Five of these new stands are in operation on the D1 motorway.

WHAT ELSE DID THE ČEZ CHARGERS REVEAL ABOUT THEMSELVES?

HOW TO RECHARGE AT ČEZ? When using the network, the user is identified by a customer RFID card before recharging. However, it is also enough for e-car drivers to have downloaded the FUTUR/E/GO app launched this year, which, together with the web interface (known as the Driver Portal), allows the convenient management of their accounts. ČEZ customers and non-registered customers pay for energy consumption according to the type of station and charging speed. More on Contracts, price list and OPSE | Futurego.cz

ČEZ AND ELECTROMOBILITY The ČEZ Group has been involved in the development of electromobility since 2009. From the very beginning, the primary activity was the construction and operation of public charging stations. Today the scope of ČEZ in the field of electromobility is much wider; it includes customer service in the retail segment (ČEZ Prodej) and service for clients in the corporate, municipal and regional sectors (ČEZ ESCO). ČEZ Group thus provides, for example, turnkey charging station design and installation, automotive fleet electrification, charging platforms, including IT solutions, electric vehicle rentals or wallboxes and charging cables. ČEZ offers municipalities the implementation and operation of charging stations for electric buses or design plans for the concept of electromobility in individual cities and regions. 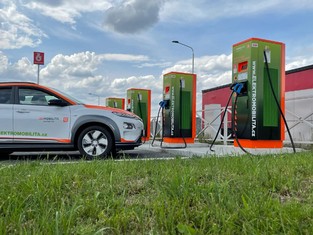 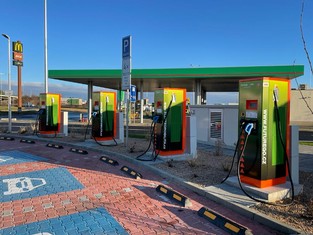 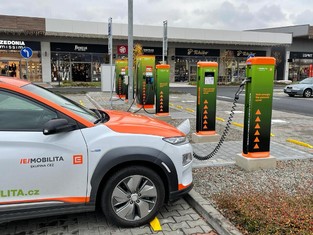 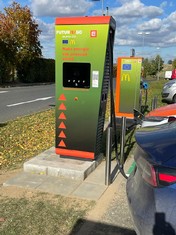 INVEN CAPITAL has successfully sold its stake in the Israeli start-up Driivz, increasing the value of the original investment many times over in three years