Back
CEZ Group Media Press releases Litultovice is taking its energy future into its own hands and living off the sun. The reward is an award for modern sommunity energy in practice

Litultovice in the Opava region produces its own emission-free energy in a solar power plant located on a kindergarten building and consumes it in nine other buildings. Modern metering technology from ČEZ provides the municipality and local people with a detailed overview of consumption and overflows to the power grid. The project, which recently took 2nd place in the "Innovative Municipality 2030" competition, was created thanks to the cooperation of the Litultovice municipality, the ČEZ Innovation Unit and the Opava Region Local Action Group.

Decentralised emission-free production and modern technologies are gradually finding their way into all parts of the Czech energy sector. In Litultovice, a town located southwest of Opava, they decided to take their energy future into their own hands. The electricity generated by the 7 kW photovoltaic panels on the roof of the kindergarten is available to the local energy community. In addition to the kindergarten, it also includes the buildings of the municipal office, primary school, high school, fire station and five houses. They all draw electricity in times of surplus in preference to electricity from the grid.

SEE HOW THE ENERGY COMMUNITY IN LITULTOVICE WORKS!

"During the reconstruction of the kindergarten building, we installed solar panels on its roof thanks to a subsidy from the Operational Programme for the Environment. When the offer came from ČEZ to test a real community energy system and get detailed data on production and consumption, we jumped at the opportunity. In the first phase, we are not that concerned about the financial effect, but rather we want to check how it can work under our conditions or how many houses the energy is sufficient for," stated the mayor of Litultovice Jan Birgus.

From the initial idea, it was only a short step to a more detailed analysis. In cooperation with the municipality and coordinators from the Local Action Group Opavsko, specialists from the ČEZ Innovation Unit installed electricity meters measuring consumption and electricity overflows in real time. After an initial anonymous measurement, last year they conducted an operational data collection and evaluation from August to October 2021. The results confirmed that the Litultovice community is able to use up to 92% of the electricity generated from its own source. During the period of bright sunshine, the power plant  produced on average about 600 kWh of green electricity per month, an amount that would cover the complete consumption of two households over the same period. The outputs also confirmed that the energy self-sufficiency of the municipality increased, people became interested in the possibilities of community energy based on their own experience and they became familiar with the use of a smart mobile application that helps people to optimise their consumption.

"We see great potential in the development of decentralised energy and energy communities. In recent months, the number of customers who generate, consume and store their own electricity and therefore require rapid access to online data has been growing rapidly. We want to create a tailor-made service concept for them which we could offer commercially in the future. The example of Litultovice clearly shows that it is not difficult to proceed to a successful energy transformation, and the demand for this service will grow," says Jan Šícha, who heads the innovation unit at ČEZ .

Meanwhile, in Litultovice, they have developed a taste for it. "We have prepared a project for another photovoltaic system on the roof of the fire station. If we manage to build our own cogeneration unit, it should allow us to expand the community to include all those interested in joining and increase our energy self-sufficiency even in the winter season," adds Jan Birgus.

"We believe that the adoption of the forthcoming Community Energy Act should provide a further impetus. We are ready to continue our role of coordinating and providing information and advisory services to more than 50 municipalities in our region. We are able to provide the services of quality designers and ensure the implementation of energy services," says Jan Krist from the Local Action Group Opavsko, which wants to focus in the future on the joint interconnection of energy communities and so, together with other partners, including Litultovice, has established the EnerKom Opavsko association specialided in community energy. 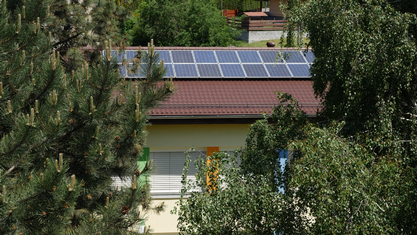 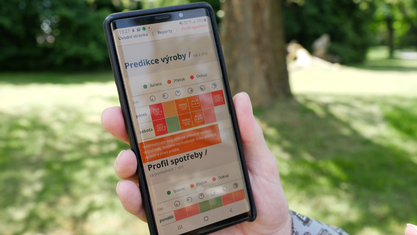 Elevion Group acquires the European part of Belectric, strengthening its position in the German solar market

ČEZ joins the jubilee year: Tens of thousands of people in distraint can take advantage of the opportunity to rid themselves of utilities debts

ČEZ and Komerční banka announce a partnership for a more sustainable Czech Republic: They will work together to reduce the carbon footprint and support the installatio of solar power plantsTS