Small hydro power plants from the portfolio of ČEZ Obnovitelné zdroje grew by more than 229 million kWh of power in 2020, which is a year-on-year increase by 16% and the largest growth in the last 6 years. Their production would cover the annual consumption of more than 65,000 Czech households. Small hydro sources are also beginning to see the effect of the largest upgrade in the history of Czech hydro power, in which more than 38 machinery sets, worth more than CZK 3 billion, were restored in all types of ČEZ Group power plants throughout the country.

The ranking of small green power plants that use energy from water was dominated by the Šumava Vydra plant, which delivered 29,200 MWh emission-free power to the grid, covering the notional consumption of 8,500 households in the West-Bohemian Region.  Second to it was the Práčov small hydro power plant on the Chrudimka River below Křižanovice Reservoir (16,100 MWh; clean energy for 4,600 households in Eastern Bohemia), followed by the Spytihněv power plant on the Morava River (12,700 MWh; covering the consumption of 3,600 households in Southern Moravia).

“In the last two years, we have been taking advantage of the relatively stable conditions for power generation in flow-through small hydro power plants.  The good results are, however, also due to their continued upgrades and efficiency increases.  In recent years, for example, power plants in Brno and Hradec Králové were overhauled,” said Jan Kalina, CEO of the plants’ operator ČEZ Obnovitelné zdroje, in commenting on the results.

The power potential of Czech water courses for the construction of new hydro power plants is limited.  That is why ČEZ focuses on upgrading the existing ones to increase their efficiency.  A rejuvenating treatment worth more than CZK 3 bn has brought new energy to 8 machinery sets of 22 ČEZ hydro power plants of all types throughout the country in the last 15 years.  The total output of the upgraded machinery sets is 1,425 MW, i.e., approximately ¾ of the output of the Dukovany Nuclear Power Plant.

Most power plant features, including the largest ones – turbine wheels, generator rotors and stators, control systems, etc., have undergone a complete replacement or retrofit.  This increases the efficiency of the machinery sets by an average of 4-5%.  Following the upgrades, they can generate the same amount of power using a smaller volume of water whose value keeps increasing.

Some power plants can be visited even these days, when the pandemic measures are not favourable for any other excursions.  This is thanks to online excursions to ČEZ power plant operations.  More than 5,500 people have visited them thus far.  All virtual tours are guided by an experienced guide.  They explain to participants not only the production principles, but they will take them to the plants themselves, including those places to which employees themselves cannot get while the plant is in regular operation.  You can book a date at one of them at https://www.cez.cz/cs/o-cez/infocentra

Go on a virtual tour to see how hydro, solar, wind, and biogas power plants work at http://virtualniprohlidky.cez.cz/ 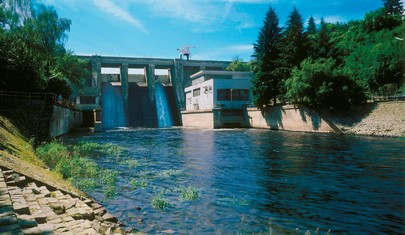 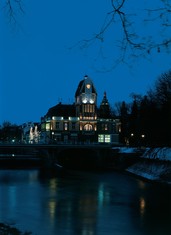 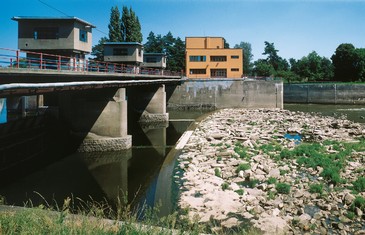 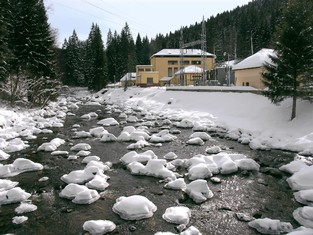