The German Elevion Group, a member of CEZ Group, will deliver complete central energy systems for combined electricity, heat, and cold generation for BMW Group’s headquarters and production facilities in Munich. The delivery should be completed in the second half of this year. 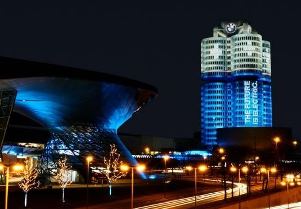 The comprehensive turnkey delivery will include system equipment, connecting lines, and a heat management control system. Each central energy system consists of a central boiler (unit), a hot-water boiler, and a cooling system. By taking this step, the Munich-based automaker BMW Group will be able to fully replace its current district heating system distributing 70 MW thermal per year as well as to cover its own electricity consumption in the future. Covered by a five-year warranty, the delivery, including installation work, will take place in the second half of this year.

“The BMW contract is another in a long line of prestigious projects implemented by our subsidiary Elevion. Future contracts for other renowned brands are currently under negotiation,” says Pavel Cyrani, Chief Sales and Strategy Officer at ČEZ.

“We are proud that the world-famous automaker BMW trusts our solution and the capabilities of our experts. We take it as an acknowledgment of the position we have gained in the German market over decades of hard work,” says Lars Eberlein, Chairman of the Board of Directors of Elevion Group.

Did you also know that Elevion Group …

… is, with its sales of EUR 330 million (2017), a major company in the German market focusing on energy, air-conditioning, and technology installations in commercial and industrial buildings and on the provision of comprehensive energy services?

… has customers among major corporations in the aviation, automotive, food, health-care, and technology industries?

… is headquartered in Jena, Thuringia, consists of nine subsidiaries in total, operates at 30 locations throughout Germany, and has more than 1,800 employees that participate in several thousand projects every year?

… has been around in its present form since 1948 and its current CEO, Lars Eberlein, is the grandson of its original founder? 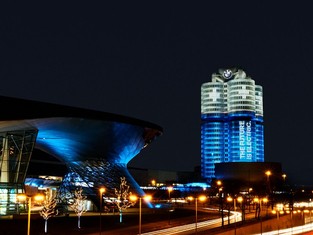