February 5, 2019 - From February, the public transport service in Turnov will have a fleet consisting only of electric buses and CNG buses. Seven new vehicles will replace the old diesel buses and will join three existing CNG buses. In total, there will be ten buses in operation including backup vehicles. The project of Arriva Eastern Bohemia, ABB and ČEZ ESCO will contribute to the improvement of the environment and to public transport modernization. 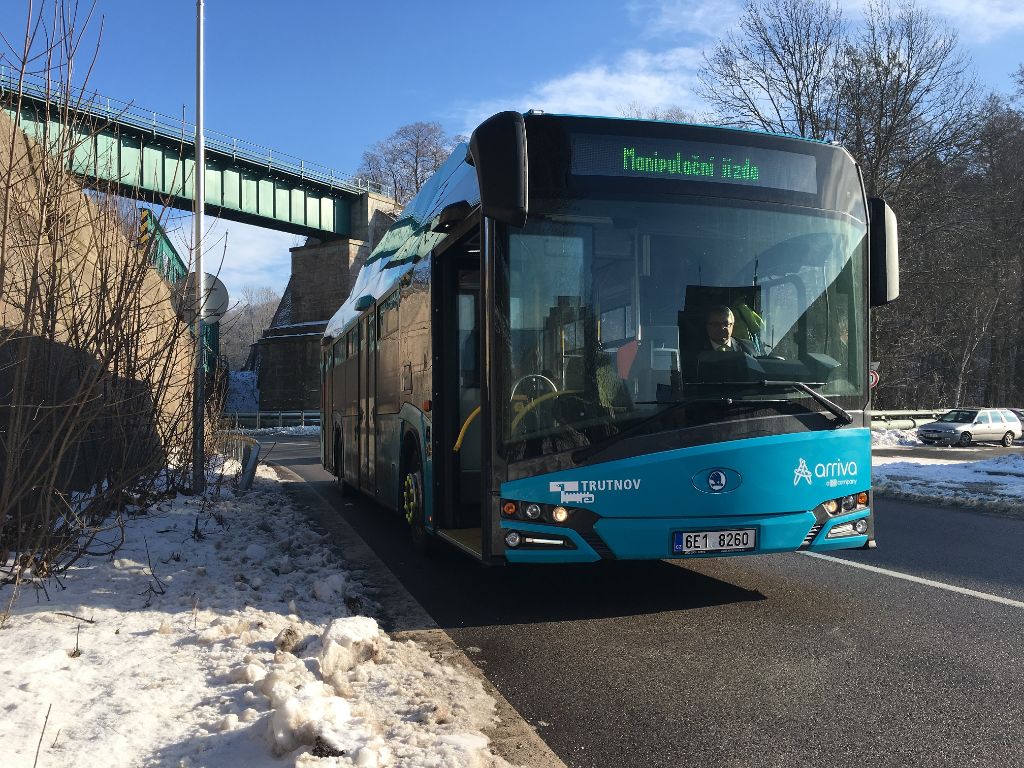 "Today, Trutnov is unique in the Czech Republic as regards the ecologization and modernization of public transport. The new bus fleet is much more environmentally friendly than conventional buses, which will be welcomed by local people," explains Ivan Adamec, Mayor of Trutnov.

Seven new eco-friendly buses will be available in operation since February. They include four Škoda 26 BB electric buses and three SOR NBG 18 buses. "We chose shorter electric buses especially with regard to local rugged terrain and difficult winter conditions. In addition to electric buses, we will also deploy three natural gas-powered articulated buses,"says Jindřich Poláček, Chairman of the Board of Directors of Arriva Eastern Bohemia, adding: “We will offer to our passengers pleasant travelling in low-floor, air-conditioned and environmentally friendly buses equipped with a modern check-in system with the possibility of cashless payment by a contactless bank card.”A total of six CNG buses and four electric buses will be operated in Trutnov after the vehicles are put into operation.

The process of charging electric buses

Charging of electric buses will be provided by one fast charging station supplied by ČEZ ESCO and four normal Škoda charging stations. The energy for operation of the charging facility for electric buses is ensured by direct connection to the Poříčí Power Plant from the ČEZ Group. The connection of charging stations, supply of distribution mains and other related services will be provided by ČEZ ESCO. "In addition to the distribution mains for the five charging stations, we will provide their servicing and operation for five years, including the Next Business Day service, i.e. putting the station into operation as soon as possible if a failure occurs. We also plan to collect the data measured and evaluate the operation of the entire system. We have also arranged everything related to the financing of our delivery, for our client," adds Kamil Čermák, CEO of ČEZ ESCO.

A unique feature of the entire solution is the first domestic installation of a fast charging station by ABB, enabling charging power of up to 150 kW. This station is able to replenish most of the electric bus battery capacity in several tens of minutes. In addition, it is complemented by an extensive range of connectivity features, including remote monitoring, control, diagnostics, and software updates. "ABB's state-of-the-art charging station has significant benefits for public transport operators in Trutnov as well as for other towns that intend to introduce green public transport. Several towns in the Czech Republic have shown interest in the charging technology based on international standards. At the customer's request, ABB can also offer a short-term pilot project. As part of this, customers can test the charging device on a particular route and evaluate the technical and social benefits of ABB’s solution based on this test operation. We are convinced that our technology will make a significant contribution to a better life for town dwellers," said Tanja Vainio, CEO of ABB Czech Republic.

Selected technical specifications of the buses

Did you know that …

A further increase in electric vehicle registrations can be expected, among other things because the offer is extended with new electric car models. 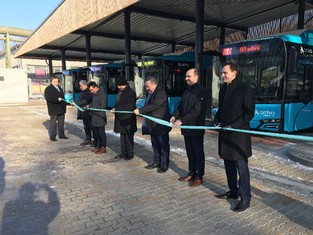 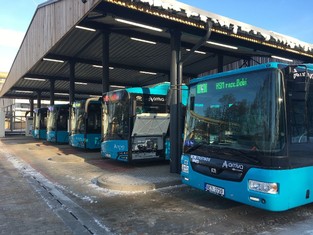 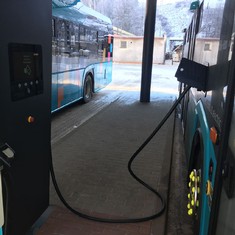 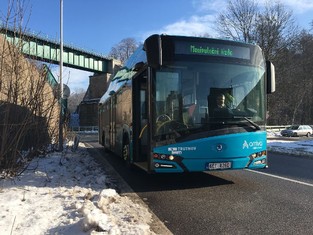 Unipetrol, in co-operation with ČEZ, is expanding the offer of the Benzina network by adding electric power