Germany’s Sunfire, in the portfolio of the ČEZ Inven Capital investment fund, is launching major new projects. In France, production of green aircraft fuel will be launched, while in Spain, hydrogen will help decarbonise the country’s ceramics industry. Europe is increasingly focusing on hydrogen as a substitute for fossil fuels. Hydrogen production capacity of more than 1 GW is currently in operation in the EU and another nearly 200 projects are in the pipeline.

The French power company ENGIE presented a plan this February for the development of green aircraft fuel in Normandy.  It is a consortium with an ambitious plan to start producing synthetic e-kerosine with the use of power from renewable sources and biogenic CO2.  Aside from the aircraft giants Airbus and Air France-KLM, the aircraft equipment manufacturer Safran, and the Paris airport operator Groupe ADP, the consortium includes the German electrolyser specialists Sunfire, in which ČEZ has held an interest since 2015, through its Inven Capital investment fund.

“Sunfire is a leader in contemporary trends focused on integrating hydrogen into the European energy sector.  It takes part in many pilot projects that pave the way for a more massive use of hydrogen within the framework of the continent’s decarbonisation.  Inven Capital was able to estimate Sunfire’s potential back in 2015,” says Tomáš Pleskač, member of the Management Board of ČEZ and Director of the New Energy and Distribution Division.

For Sunfire, the French project is the second of its kind: last year, it became a member of another consortium that will build a demonstration unit for the generation of green aircraft fuel in Norway.  Europe’s first “power-to-liquid” production plant should, from the level of 10 million litres of e-kerosene per year, gradually reach 100 million litres per year, by the year 2026.  The total estimated investment amounts to EUR 500 mil.

At the beginning of the year, Sunfire bought the Swiss corporation IHT Industrie Haute Technology, which specialises in the production of electrolyser equipment, making it the third largest provider of hydrogen technologies in Germany (next to Thyssengruppe and Siemens).  “Europe takes hydrogen very seriously and Sunfire plays a key role in this regard.  That, too, is why its CEO Nils Aldag has become a member of the European Alliance for Clean Hydrogen, namely of the advisory group responsible for industrial use of hydrogen,” said Ivo Němejc from Inven Capital.

Electrolysers made by Sunfire are also used beyond Northern Europe.  At the beginning of February, the company announced its participation in an association of a total of 40 organisations from Spain, Germany, Switzerland, Italy, and Greece that strives to significantly decarbonise the Spanish ceramics industry.  At present, the primary source of energy is natural gas.  Sunfire should supply an alkalic pressure electrolyser with an output of 100 MW for the production of green hydrogen.

The international project, which involves, among other parties, the Italian energy company Enel, wants to cover the entire value chain, from generation and storage of green hydrogen to distribution and end users.  The production plant will be built near Castellon, where 95% of Spain’s ceramics industry is concentrated, responsible for 33% of carbon emissions in the Valencia region.  It could start operating as early as 2024.

Sunfire’s projects fit perfectly with the contemporary trend of support for the development of Europe’s hydrogen economy.  The European Commission’s 2020 hydrogen strategy plans on the installation of electrolyser capacity of at least 6 GW within four years.  By 2030, it plans on the creation of an output of 40 GW, capable of supplying 10 million tonnes of green hydrogen per year.  For a comparison, the present capacity of Europe’s 107 hydrogen generators is approximately 1GW, according to a DLA Piper study. 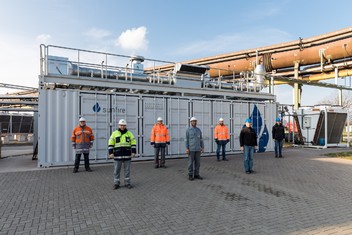 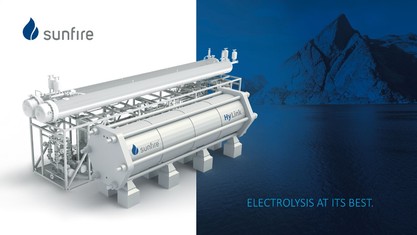 INVEN CAPITAL expands to industry 4.0, investing in a progressive Czech start-up who is a leader in acoustic diagnostics of machines.