Back
CEZ Group Media Press releases Making electricity for a small town from drain water, to save over 1,500 tonnes of CO2

“Such uses are an integral component of the operation of a nuclear power plant.  Next to safety, the efficiency of operation is key, and every megawatt hour counts.  There are several options: on the one hand, there can be co-generation of power and heat, on the other the use of “waste” water to generate electricity,” said director of the Temelín Nuclear Power Plant Jan Kruml.

Water is carried from the River Vltava to the grounds of the Temelín power plant by pumps from the Hněvkovice Pumping Station.  A few kilometres down the road, the South-Bohemian Power plant returns it to the course of the country’s largest river through the small hydro power plant Kořensko, which started to operate in 1999 and has thus generated 38,387 MWh of electricity. 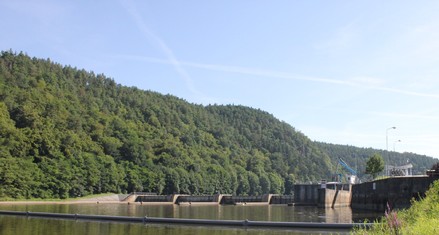 ČEZ and Vršanská Uhelná from the Sev.en Energy Group agreed on the transfer of the Počerady Power Plant at the end of this year, three years earlier than planned.

ČEZ obtained a permit for further operation of Temelín