Tonight, the Temelín Unit 1 began to produce electricity again. It was scheduled shut down for refueling from early December. The outage lasted 83 days and the energy technicians mastered it six days earlier against the schedule. Prior to achieving full power, the energy technicians are about to test the Unit at 80 percent of the rated power.

During the outage, the engineers exchanged one-third of the fuel, checked all three low-pressure turbines rotors, generator rotor, and key safety systems. They implemented several dozen investment projects. The modernization of the pressurizer safety valves ensuring the protection of the primary circuit was among the most demanding.

“The outage is over, however before we reach the full power; we are expected to perform several tests, such as verifying the power distribution within the reactor. Also, the behavior of the turbine will be important. Here, hundredths of millimeters are deciding and, in the past, we have been dealing with the turbine behavior just during the startup after an outage,” warned Jan Kruml, Director of the Temelín Nuclear Power Plant. According to him, the turbine achieves its best operating parameters at 100% output.

The Czech nuclear power plants have thus achieved their first significant milestone this year. The coming outage of Temelín's Unit 2 is planned to start at the end of June and will last approximately for two months. Yet before, the refueling at Dukovany will take place. In one week time (on March 10), Unit 2 at Dukovany will be shut down. “At Temelín, we have mastered key work exactly as planned. All the time, we are of course focusing on capacity coordination and planning. Among other things, for the purpose of the transmission system stability, to which nuclear power plants contribute significantly as stable sources,” explained Bohdan Zronek, member of the CEZ Board of Directors and Director of the Nuclear Energy Division.

From the beginning of this year, the power plant at Temelín produced 1.5 million of megawatt hours of electricity. 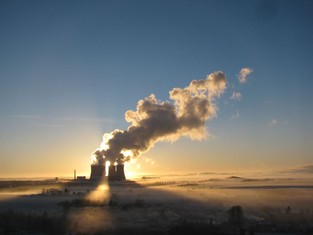 Temelín Stocks Up With Fuel