A sudden drop in power frequency in the grid requires back-up sources capable of restoring the balance within 30 seconds. In their BAART project, ČEZ and ČEPS tested the connection of a high-capacity battery system for providing power balance services, in particular automatic frequency regulation. The first 16 scenarios tested simulated actual operational situations and conditions, including up to 37 activations of automatic charging/draining of the battery store per week – that is the balance of the battery located at the Tušimice Power Plant grounds. During the one-year test, its reliability and ability to quickly respond to frequency deviations was proven.

At the beginning was a question: Is a battery system suitable for the automated frequency regulation service?  For that reason, in 2019, ČEZ joined forces with ČEPS, the operator of the transmission system, in the BAART research project (Battery Accumulation for Automatic Frequency Regulation at Tušimice) and began testing diverse methods of operating battery accumulation systems.  The battery, which has an output of 4 MW, capacity of 2.8 MWh, and power storage efficiency of nearly 90%, is connected in a block with one of the Tušimice power plant turbogenerators with an output of 200 MW, which cooperates with the accumulation unit in the coordinated charging and draining of the battery.  If grid frequency drops below 50 Hz, the battery system is drained; on the other hand, if the frequency is higher than 50 Hz, the battery system is charged.  If this situation persists for an extended period, a drop or increase in the power accumulated outside of the defined limits occurs, and the related restriction of the desired response to grid frequency changes.  The set limits, when power needs to be restored in the battery store or drained from it, are stipulated in the Charging Strategy.  In that case, the cooperating block enters the scene.

The one-year test has shown that the battery system, in cooperation with the power plant block, is able to automatically regulate voltage frequency with a reliability of over 95%.  The tests were divided into 2 stages with a total of 16 basic test scenarios.  In them, the battery was gradually drained down to 5% of its capacity at various deviations from the standard 50 Hz frequency, and on the other hand, it was charged at an output of 0.75 to 3 MW to up to 95% of its capacity.  This tested in practice also the safety limits of the battery store during which guaranteed output is reduced, with an impact on the quality of the service.  The outcome of the test is the finding that the battery retains its better ability to respond to excess frequency fluctuations in the system in the event of operation in a narrower band of battery charge (40–60%) and with more frequent coordination charging or draining.  It was discovered that the store is capable of a very quick response to frequency changes, of up to 8 kW within 40 milliseconds.  Automatic frequency regulation is an output balance service that ČEPS uses to ensure a balance between power generation and consumption in the electrical grid.  It means a precisely defined change in power plant block output, depending on how grid frequency diverges from normal.

“Cooperation with ČEPS on this project has shown a clear benefit and the suitability of the battery store for the provision of a support service to the Czech power system.  Nothing is finished, though, as we carry on testing further, as to how the battery stands up, e.g., in a test of its reserve mode and other development functions.  Following standard certification of a battery for the provision of output balance services, we expect transition to commercial operation by 1 July.  The project fully fits in the programme of future use of existing power plant locales for so-called new energy,” said Tomáš Pleskač, member of the Management Board and Director of the New Energy and Distribution Division at ČEZ.

“In the project, we defined the conditions for the provision of automated frequency regulation services from battery systems, such that the reliability and safety of operation of the electrical grid would be ensured.  ČEPS used the results of the testing to adapt the Rules for the Operation of the Transmission Grid, known as the Transmission System Code, Part II, which came into force on 1 January 2021, and expand the portfolio of output balance service suppliers,” said Svatopluk Vnouček, Vice Chairman of the Management Board of ČEPS responsible for the management of the Transmission System Strategy, Innovation, and Development Section.

The project tests various types of operating modes in diverse conditions and serves to set the rules for batteries in an electrical grid, so as to ensure long-term reliability of their facilities and stability of the delivery of output balance services.

ČEZ is the exclusive investor in the project and ČEPS pays the price of frequency regulation service in the pilot, in line with the regulation methodology laid down by the Energy Regulatory Office.  The monitoring operation will continue through to the middle of this year.  The store’s control system and data transmission were implemented to the highest cyber security standards and connected directly to the Tušimice power plant control system.  The data is then sent to ČEPS systems through the power plants’ terminal.

ČEZ Group engages with the power accumulation sphere on a comprehensive basis, as is evinced, for example, by its activities in the segment of public rapid charging stations for electric cars as well as the joint initiative with the Slovak company Inobat, in the search of power storage potential in Central and Eastern Europe.

ČEPS has long been involved in innovation, research, and development.  The company implements many innovative projects focused on new solutions for the reliable operation of the Czech electrical grid.  Aside from the BAART projects, its current projects concern output flexibility, adequacy, and aggregation in the National Action Plan for Smart Grids (NAP SG).

DID YOU KNOW THAT…

… by 2030, lithium-ion batteries will be the least expensive option for power accumulation for most applications? (source: Imperial College London)

… the average battery system effectiveness in the USA (82%) is higher than that of pumped-storage power plants (79%)? (source: EIA) 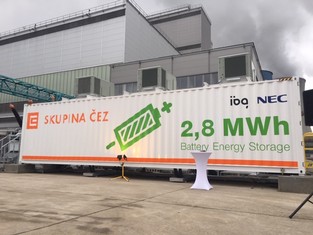 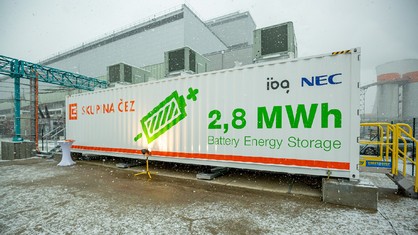 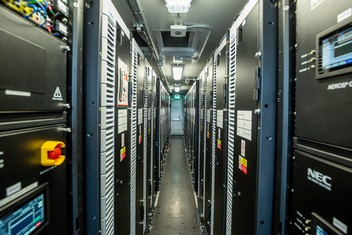 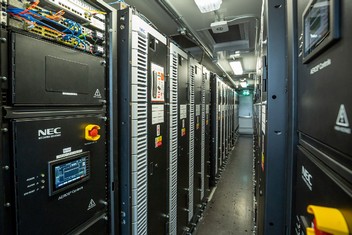 Power engineers use smart solutions to retain water in the region