Today, ČEZ, or its wholly-owned subsidiary Elektrárna Dukovany II, launched a tender for the construction of a new nuclear power plant in Dukovany. The Ministry of Industry and Trade gave its approval for this step after the safety units assessed the documents from the previous phase, i.e. the incorporation of safety requirements into the tender documentation, and completed the safety assessment of all three bidders. These are Westinghouse from the USA, EdF from France, and the Korean company KHNP.

According to the tender schedule, the bidders are to submit their initial bids by the end of November this year. They have 20 months to prepare their final bids, having already received the preliminary tender documents more than six months ago. After that, the bids will be evaluated by ČEZ and the evaluation report will then be submitted for state approval. The contracts will be finalized in 2024.

“The main objective is a safe and economical project completed within the stipulated budget and time. For the tender itself, the goal is of course to select the best contractor and to have a quality and beneficial contract. After its signing, the project documentation will be thoroughly prepared in order to minimize the problems surrounding some foreign projects. I believe that the 2036 start date for test operation of the new unit is achievable,” said Daniel Beneš, Chairman of the Board of Directors and Chief Executive Officer of ČEZ.

Simultaneously with the tender procedure, the wholly-owned subsidiary Elektrárna Dukovany II (EDU II) is working on further project preparations. After the Ministry of the Environment issued a positive opinion on the Environmental Impact Assessment (EIA) in 2019, it also received a Location Permit from the State Office for Nuclear Safety last year and a Generating Facility Authorization from the Ministry of Industry and Trade. The planning procedure, which EDU II applied to the Construction Authority for on June 1, 2021, is currently under way.

The new Dukovany unit will be built next to the existing power plant and will replace part of the current power plant’s output in the future, the first unit of which was commissioned in 1985.

During this time, the plant has become a stable part of the region and a driving force for its further development. According to the results of a regular public opinion poll conducted by IBRS at the end of last year, 65% of respondents were in favor of the further development of nuclear power in Czechia (compared to 62% in the previous year).

The most important advantages of nuclear power include low operating expenses, i.e. stable prices in the long term, reliability of electricity supply, and safety of operating modern nuclear power plant units. The environmental aspects are crucial, with emission-free electricity making a major contribution to tackling global warming. Nuclear power generation does not emit CO2, so the operation of nuclear power plants makes a significant contribution to the overall reduction of carbon dioxide emissions – the most significant greenhouse gas. The European Commission has recently recognized this and has classified nuclear industry as an interim supported technology. The importance of nuclear industry in addressing climate change has also been repeatedly highlighted in reports by the International Energy Agency (IEA) and the Intergovernmental Panel on Climate Change (IPCC). 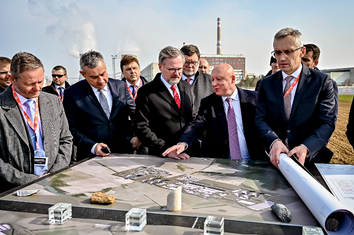 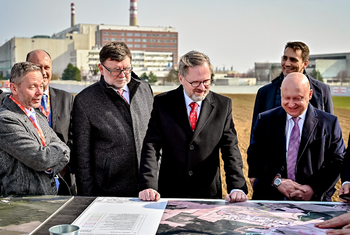 Interest in working at ČEZ grew for a third consecutive year in 2021, with more women attracted to the energy sector

ČEZ plans to go after hackers. It puts tens of millions into increasing its cyber security every year