Today At 3:04 p.m., Unit 1 of Temelín started to generate electricity again. The unit was as planned shut down for planned refueling since March 1. The shutdown lasted for 59 days and the power plant replaced, for example, almost one third of the fuel, checked the safety systems and carried out dozens of upgrades during this period. All in all, the outage schedule included almost 15,000 activities. Before achieving full power, the plant's technicians have to perform tests at 80 per cent of rated reactor power.

The Temelín's Unit 1 started to produce electricity at 50 percent of rated reactor power. From now on, the reactor power will be gradually increased, and, at eighty percent of rated power, it will undergo power ascension tests to verify reactor power distribution. "Also, we will monitor the turbine, where hundredths of millimeters are decisive and, in the past at a start-up after refueling, we had to tune the seating of the turbine. The first days will also be important, when we stabilize the operation at full power,” said Jan Kruml, the Director of the Temelín Nuclear Power Plant.

During the outage, the technicians included six fuel assemblies of Westinghouse Electric Sweden into the reactor with 163 fuel assemblies. According to the member of the Board of Directors of ČEZ, Bohdan Zronek, the reason of their testing is the verification of their properties and mutual acquisition of know-how before choosing the supplier for another fuel contract. “ČEZ has a contract for fuel till 2023 with the existing manufacturer. The contract allows us to exercise the option for additional loads, if necessary,” said Zronek. (more at https://www.cez.cz/en/cez-group/media/press-releases/6840.html)

Tests carried out with the new container Škoda 1000/19 for the spent fuel were also important. They took five days and the technicians tested key operations at filling and transport of the container from the reactor hall into the spent fuel storage. They used imitators instead of real fuel. "We will use the new container during the outage of Unit 2, which will begin in the second half of June," specified Temelín's Director Jan Kruml.

In addition, the technicians checked the turbine and security divisions and implemented additional seventy investment projects. At the end of the outage, they have successfully verified leakage protection around the reactor building (containment).

The power plant technicians plan to start the outage of Unit 2 of Temelin in the second half of June. Since the beginning of this year, the power plant Temelín produced 4.6 terawatt hours of electricity. 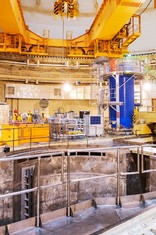 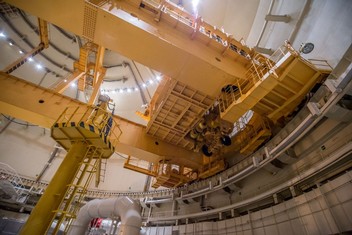 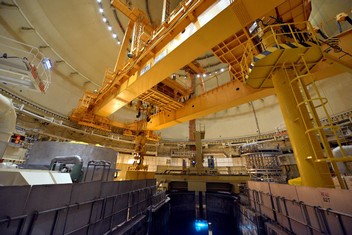