On Saturday at 20:15 o'clock, the Unit 2 of Temelín NPP restored the electricity production. Its turbine generator was disconnected from the transmission network for two days during which the plant's technicians worked on the condenser in the non-nuclear part of the plant. Currently, the Unit's output is at full power level.

During the interruption of electricity generation, the Unit's 2 reactor and other equipment remained in the so-called hot conditions without the necessity to go into the complete shutdown. In practice, this means that the temperature of the water in the reactor is around 260 degrees Celsius, while during the classic outage it is cooled down to at least two hundred degrees Celsius below this value. There was no reason for a complete cooldown, moreover, in this way, it would be possible to connect the unit to the transmission grid a bit earlier. This happened on Saturday evening. The specific works on the condenser went till Friday evening. The objective was to improve the chemistry within the non-nuclear parts of the plant. So far, everything indicates that we will definitely confirm it in the coming days when operating at full power.

The technicians decided to disconnect the Unit already two weeks ago. They scheduled a Brief interruption of production from September 20. We would like to avoid a situation of shutting the Unit down later, i.e. in a period of an increased consumption.

From the beginning of this year, the power plant at Temelín produced 10.5 million megawatt hours of electricity.

The condenser - a piece of equipment of the power plant's non-nuclear part, which cools the steam after passing the turbine. It is a well-structured system of 32 thousand titanium cooling tubes. The reason for a large number of tubes is the need to get the largest possible surface area, on which the steam coming from the turbine can condense. The device can be seen in the context of a virtual tour here: http://virtualniprohlidky.cez.cz/cez-temelin/ 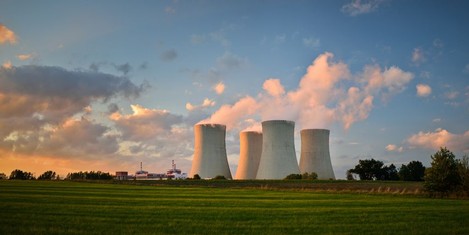