Small capacity, but great potential. ČEZ uses the new photovoltaic power plant in Ledvice to test the properties and suitability of various types of panels that it wants to deploy, following the assessment, in large solar parks that the company is planning. The aggregate capacity of these sources, which will contribute to the achievement of the Czech Republic’s climate goals and commitments, should reach tens of thousands of MWs in the next 10 years. This spring, the first large power plant using solar power, located on the roof of the Dukovany Nuclear Power Plant parking lot, will start supplying emissions-free power to the grid. The largest solar installation in the last ten years, with a capacity of 2.3 MWp, will be built on the roofs of the automobile manufacturer Škoda Auto. It will be built by ČEZ ESCO.

Several rows of photovoltaic panels shine brightly at the southern end of the most modern traditional power plant in Central Europe.  Their capacity is a mere 56.6 kW and the panels clearly differ from one another at first sight: in terms of type, cardinal direction orientation, or degree of incline.  New technologies are represented, such as double glass and double facial, enabling the use of light coming from both sides, but also high-efficiency types such as Half cut and PERC, which generate power even if partially shaded or in the case of pollution.  And also the increasingly popular agrivoltaic is represented – unusual vertical panels suitable for combining power generation with agriculture and pasturage.  Why is the mixture so diverse?

“The efficiency of panels has shot up from 13 to 20 percent in the last decade; so, photovoltaic certainly has a great potential. But we want to be 100% sure that our large power plants for the next decade, with aggregate capacity in the order of thousands of megawatts, will be composed optimally and will have the ideal price/performance ratio.  That is why we are testing various types of technologies and load-bearing structures in one locale and are conducting comprehensive monitoring of their operation.  We analyse them down to the level of manufacture of individual panels, in combination with values of sun exposure, temperature of the panels and their surroundings, or wind speed.  The outcome will be a specific recommendation for the construction of large solar parks,” says Jan Kalina, CEO OF ČEZ Obnovitelné zdroje, in letting us peek behind the scenes of the Ledvice modern power laboratory.

The Ledvice power plant grounds continue to expand the portfolio of emissions-free power and fulfil the ambition to become an incubator of modern green power.  Since last year, four PROTUR precession rolling turbines have been converting the energy from cleaned cooling water from the Ledvice operations into power for lighting the wastewater treatment plant on the grounds.  This originally Czech invention is able to process water with even extraordinarily low gradients, from 0.4 to 1.5 meters, where traditional types of turbines could not be used.  An accumulation battery system with a capacity of 12 kWh is used for storing excess power.

In the Czech Republic, the ČEZ Group currently operates photovoltaic power plants with an aggregate capacity of 125 MW, which produce power for approximately 40,000 Czech households every year, depending on the natural conditions.

In this new era, the first ČEZ power plant is being built on exterior premises of the Dukovany Nuclear Power Plant on specially adapted roofs of a new parking lot.  The largest Czech photovoltaic power plant of this type to-date, whose capacity of 820 kWp will cover the annual consumption of nearly three hundred households, will start supplying power to the grid this spring.  The power plant does not consume any arable land, and, thanks to double-sided panels, it can make use of rays reflected from the parked cars, as well.

ČEZ has produced electricity from the sun continuously for 24 years: its first power plant using solar power was built in 1998 on the ridges of the Jeseníky Mountains near the upper reservoir of the pumped-storage power plant at Dlouhé stráně.  Its first rooftop installation came in 2009 in the form of solar bands placed on the building of the small hydro power plant in Přelouč, the first-ever plant using two renewable sources to produce emissions-free power!

It is possible to visit the world in which emissions-free power is generated from water, even now when pandemic restrictions are not conducive of excursions: it is made possible thanks to online tours of ČEZ’s power plants.  More than 30,000 people have already taken the opportunity to see them.  You can book a date for one of them at www.virtualnevelektrarne.cz or www.cez.cz/infocentra

Take a virtual tour of hydro, solar, wind, and biogass power plants to see how they work http://virtualniprohlidky.cez.cz/ 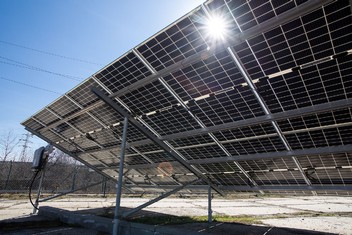 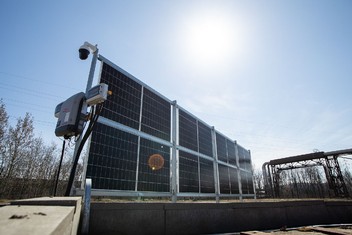 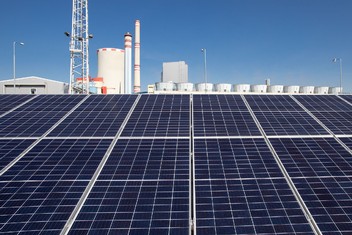 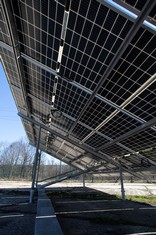 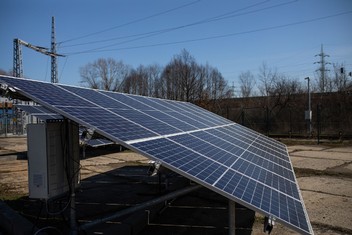 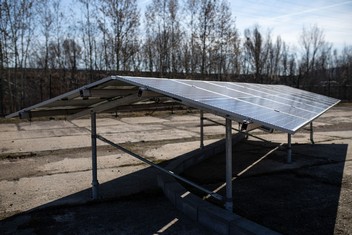 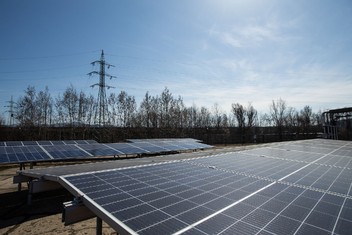 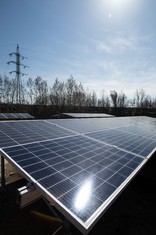 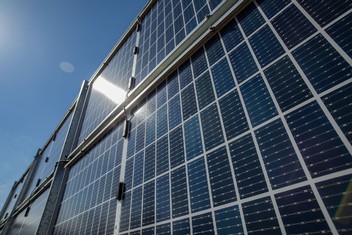