Today at 13:13, Unit 2 of Temelín began to produce electricity. Operators connected it to the grid after the exchange of a quarter of the fuel. Also, the technicians checked the safety systems, reactor, as well as the protective building surrounding the reactor. In total, the outage schedule included almost fifteen thousand activities, including five dozen investment projects. Together with the Dukovany power plant, all six nuclear units are currently in operation.

The second Temelín unit started to produce electricity at 50 % of the reactor rated output. The technicians are now waiting for tests at eighty percent of rated power to verify reactor power distribution. They also closely monitor other technologies in nuclear and non-nuclear parts. "When the entire turbo-set is in operation, hundredths of millimeters are decisive. Now, the first days of operation will show us whether the setting still needs to be fine-tuned,” said Jan Kruml, Director of the Temelín Nuclear Power Plant.

According to the power plant management, the beginning of the outage was a significant challenge. The outage started a week earlier because of the fall of three masts of the very high voltage line between the nuclear power plant and the Kočín switchyard caused by a storm in June. (Temelín started the outage of Unit 2 a week earlier than planned | ČEZ Group - About the Company (cez.cz)) “It was not just a mere shift of the deadline of the start and end of the outage by eight days earlier, but within days, we had to re-plan the schedule, which is normally prepared for months ahead, and we had to arrange suppliers for the new terms,” said Jan Kruml, Director of the Temelín Nuclear Power Plant.

Another outage within the key Czech emission-free sources now awaits the Dukovany Nuclear Power Plant. "I really appreciate the cooperation of colleagues and suppliers, when we managed, even though the earlier outage, to keep the range of all planned activities. This gives us good preconditions for the further operation. This year, the last outage for refueling will be Unit 2 of Dukovany in November. As far as possible, we always plan to shut down just one of the six nuclear units at a time. This is important from the point of view of the transmission system as well as the suppliers’ capacity,” said Bohdan Zronek, member of the Board of Directors of ČEZ and Director of the Nuclear Energy Division.

Since the beginning of the year, the Temelín power plant has produced 9.2 Terawatt hours of electricity. Together with Dukovany, these sources make the most significant amount of clean electricity and thus contribute significantly to ČEZ Group's emission-free production. Annually, approximately two tens of millions of tons of CO2 have not been released into the atmosphere thanks to nuclear power plants. 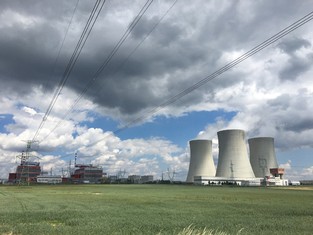 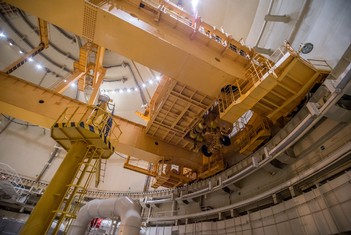